Chandrababu Naidu is like a Bhallaladeva for AP: PM Modi at Rajahmundry election meeting 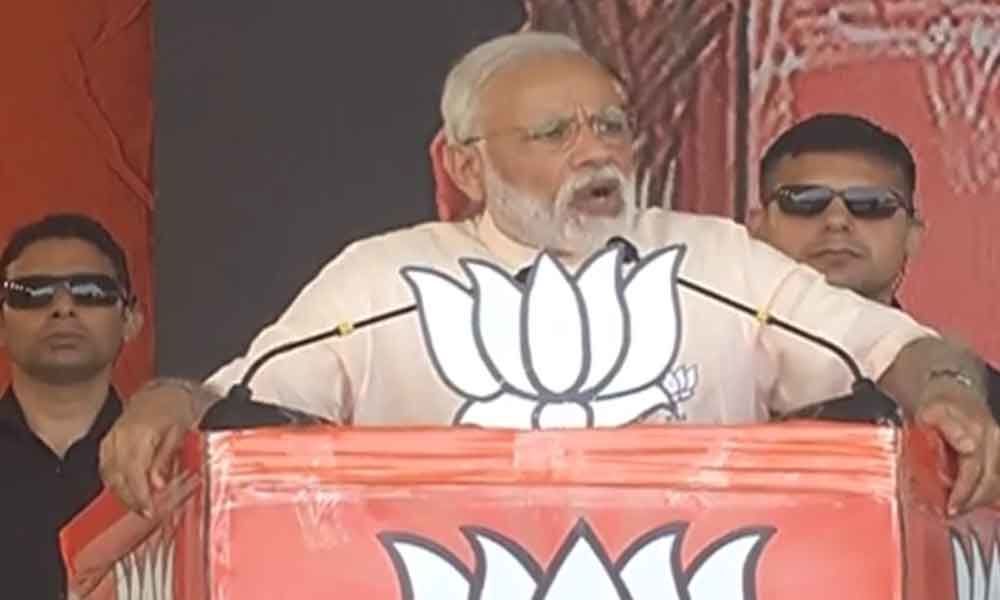 Speaking on the occasion PM Modi has branded Chandrababu Naidu as U-turn and sticker babu. Moreover, Modi has related Chandrababu to the character of Bhallaladeva in Baahubali movie and said Babu is like Bhallaladeva for AP. He has also commented TDP chief as Heritage Babu.

Since four years, the Polavaram project works are moving at snail pace. For this, the TDP government is the only reason because they don't have the intention to complete the project at in time, Modi said.

So far, the central government has released Rs 7,000 cr to AP for the Polavaram project. But Chandrababu Naidu has no interest to complete the project.

PM Modi said that regarding the central funds, the TDP government has not utilized them properly. He alleged that the project estimation is been increased very frequently.

He said that everyone knows to whom U-turn Babu wants to make the benefit. Chandrababu has no time to think for the farmers. But for the central schemes, he is putting his stickers. Modi has criticized Chandrababu as sticker Babu.