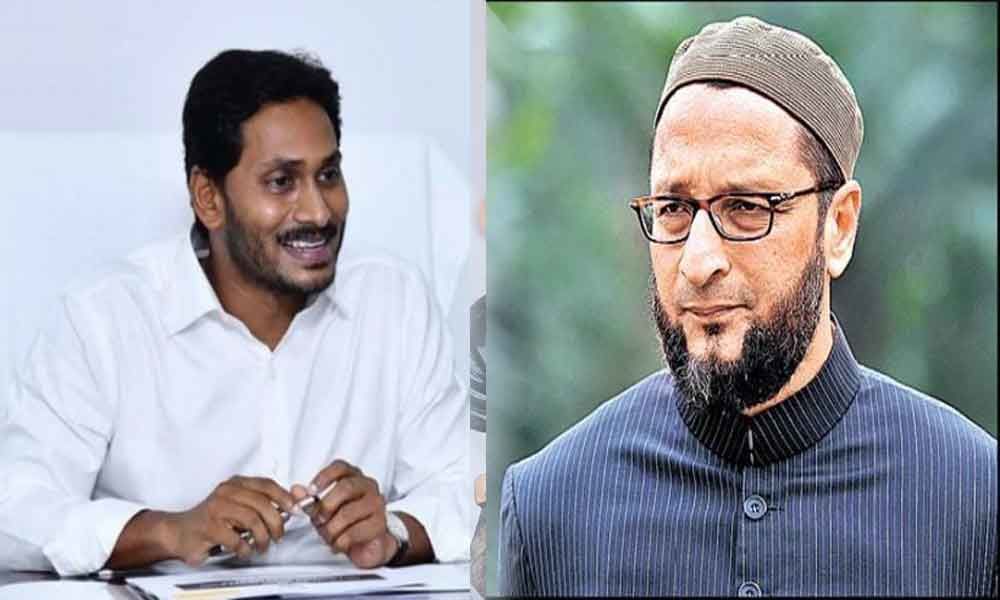 AIMIM president and Hyderabad MP Asaduddin Owaisi on Tuesday took a dig at chief minister of Andhra Pradesh YS Jagan Mohan Reddy for his stand over...

AIMIM president and Hyderabad MP Asaduddin Owaisi on Tuesday took a dig at chief minister of Andhra Pradesh YS Jagan Mohan Reddy for his stand over Citizenship Amendment Act (CAA), National Population Register (NPR) and National Register of Citizens (NRC) and demanded him to pass a resolution against the move in the state assembly.

Speaking at a meet organised by various Muslim organisations in the city, the Hyderabad MP also appealed to former chief minister and TDP chief N Chandrababu Naidu also to support the resolution in the assembly.

Owaisi found fault with state government's GO 124, which stated there was no need to give any document as part of NPR. "The Union home ministry in its website said under the enumerator rules 2.2.3 and 2.2.6 they should ask for Aadhaar cards, mobile number, PAN card and other details and the state government cannot override the central government's order," said Owaisi.

Asaduddin alleged the Prime Minister Narendra Modi of lying for his statement that the Centre has not decided on NRC. "The Centre was trying to divide the country under religious lines. Muslims, Dalits and Adivasis would be at the receiving end if CAA, NPR and NRC were not stopped," he said.

TDP leader and Vijayawada MP Kesineni Nani who participated in the meeting said that he did not vote for the bill and asserted that the TDP would support if the state government brings a resolution opposing CAA, NPR and NRC in the assembly.