One injures as speeding car rams into other vehicles in Vijayawada 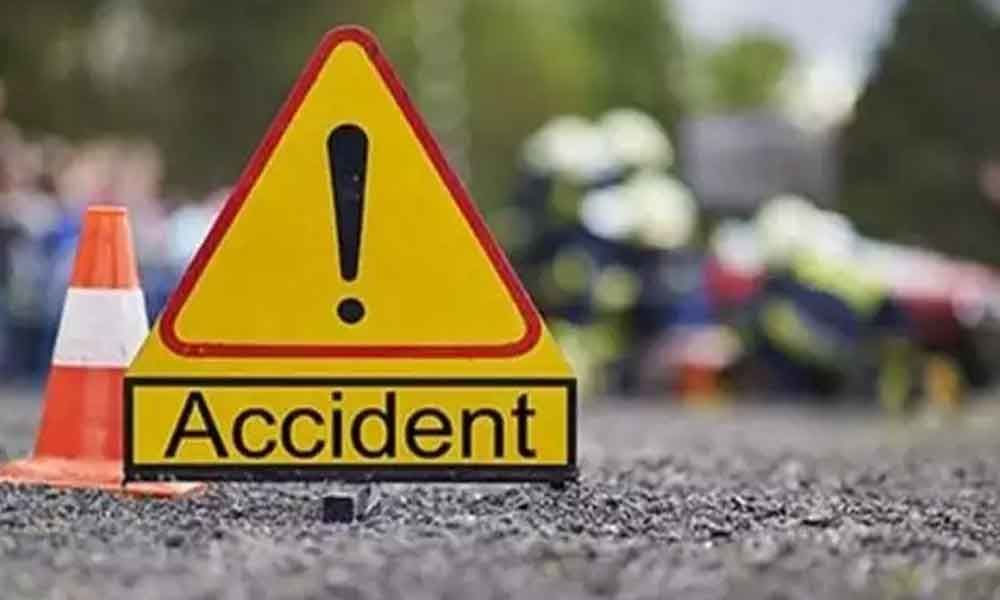 A speeding car on Monday rammed into other vehicles near Swati theatre in Vijayawada, which caused a tension situation leaving one injured.

A speeding car on Monday rammed into other vehicles near Swati theatre in Vijayawada, which caused a tension situation leaving one injured. Going into detail, a speeding car in the city has hit a couple of vehicles and finally has come to halt after colliding with a wall.

One person who was seriously injured in the accident was rushed to a local hospital for the treatment. The locals asserted that the accident has occurred due to high speed.

Upon receiving the information, the police arrived at the scene and took the car driver into custody and launched a probe. The locals claim there was no severity as the road is empty.