People returning from Telangana are being sent to quarantine in AP 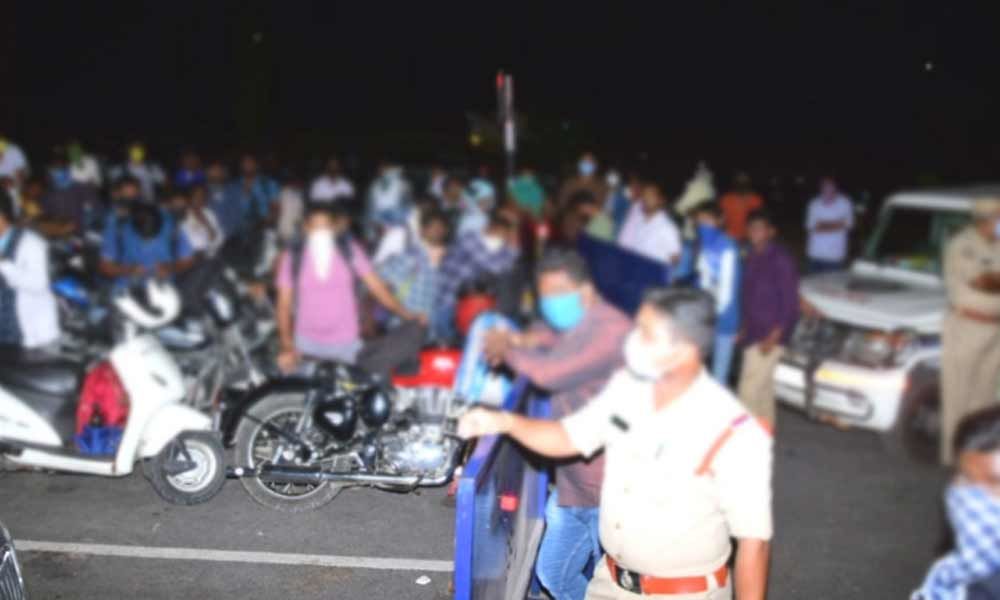 People returning from Telangana and other adjoining States are either kept in quarantine centres for 14 days or they have to return to those States,...

Amaravati: People returning from Telangana and other adjoining States are either kept in quarantine centres for 14 days or they have to return to those States, announced the Andhra Pradesh Government on Thursday in a statement.

A Health Bulletin issued by the Health Medical and Family Welfare department clearly mentioned that the people coming from other states must be kept in quarantine for 14 days.

On the other hand, the State government already took 44 people into Zuzvidu quarantine centre, who entered Krishna district from Telangana. There prevailed a tension situation at Garikapadu Check Post, which was the entry point into AP from Telangana. Some people returned to Telangana without coming into AP from the checkpoint, informed the CM office. In addition to that, around 200 people were allowed to go to their houses in Andhra Pradesh, in this incident.

Chief Minister YS Jagan Mohan Reddy spoke with his counterpart K Chandrasekhar Rao in Telangana and requested him to cooperate to solve this interstate problem.

On the other hand, the people who have been coming to AP from Telangana facing severe security restrictions and forced to wait at the Checkposts for several hours.

More than 200 people stranded at a checkpoint at Tadigadapa in Dachepalli in Guntur district, who were coming from Telangana. Even women, girls, old aged people were there among the stranded people, according to the sources.

Officials at AP Secretariat informed that the vehicles coming from Telangana state are being sent back from the border itself. Jagan strictly ordered the officials not to allow anybody into the State during the lockdown period.

It is estimated that at least five thousand to six thousand people would come from Telangana to AP, if the both governments allow.

Officials in AP allowing the people, those who have valid health emergency documents and proper permissions from concerned authorities.