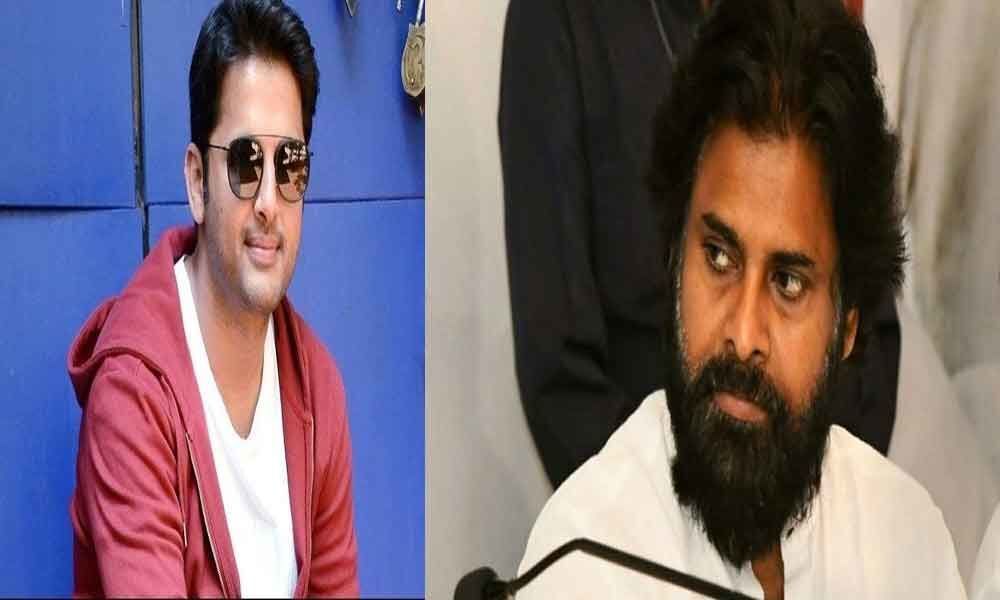 Hyderabad: The Tollywood actor Nithin, who is also known as a die-hard fan of Pawan Kalyan, has once again proved his love towards the Power star by giving a donation of Rs 25 lakhs for Janasena party.

For 2019 elections, Janasena along with BSP and Left parties contesting in the elections. As the party chief and the star campaigner, Pawan Kalyan is busy in conducting the campaign on behalf of party MLA and MP candidates across the state.

For the purpose of elections expenses, hero Nithin has decided to give the donation to the Janasena. On behalf of him his father, producer N Sudhakar Reddy meets Pawan Kalyan at Bhimavaram in West Godavari district on Monday evening.

During the meeting, Sudhakar Reddy has handed over the cheque of Rs 25 lakhs to Janasenani. On the occasion, he has inquired about the health condition of PK, who is suffering from dehydration.

Speaking to media Pawan Kalyan expressed happiness that Nithin has asked about my health condition, and he thanked Nithin and his father Sudhakar Reddy for the donation for Janasena party.

Nithin like Pawan Kalyan very much, that's why he invites PK as the chief guest to his movies audio functions, pre-release events. Nithin also remakes Pawan Kalyan songs in his films.