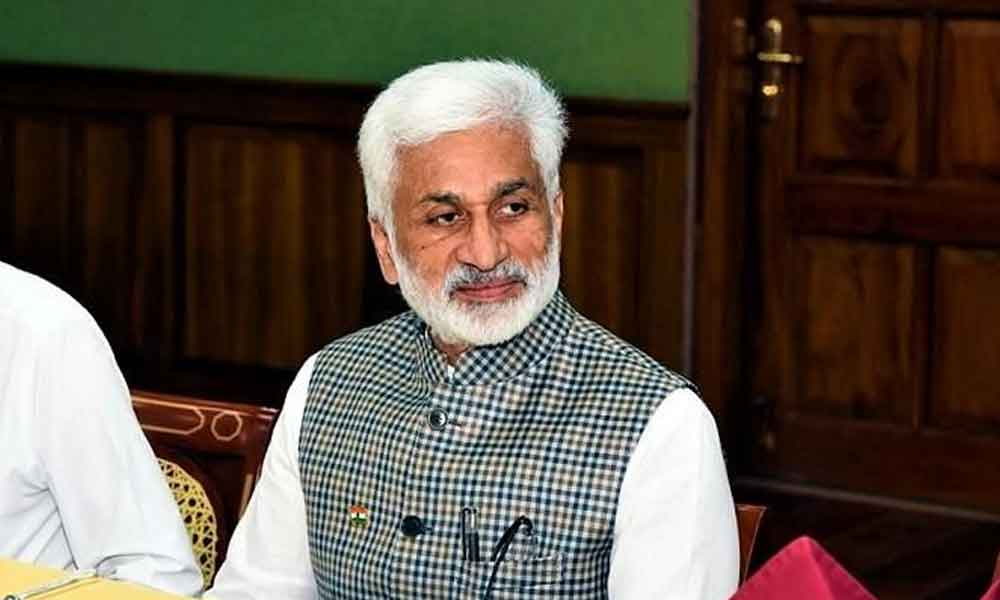 Alluding to TDP, he gave some pointers claiming that they generally precede the shutting down of a political party.

He claimed that there will be a series of defeats, depriving cadres' faith in party leadership, including party activists staying away from party programmes.

"Scarcity of candidates to contest elections. Party leadership shows some insignificant reasons to stay away from polls. Game over," claimed the Rajya Sabha member.

The MP alleged that TDP leaders claimed that they won 40 per cent panchayats in the rural local bodies polls but why they were shying away from contesting in the MPTC and ZPTC polls.

Earlier, Vijayasai took a potshot at the BJP and its local ally Jana Sena for their statements on chief ministerial candidate in the next Assembly polls in 2024.

"The election is taking place for Tirupati Lok Sabha bypoll and is it not baiting to say that so and so will be the CM? The offering party does not even have a single seat and the party taking it does not have proper presence... A person who could not even become an MLA is eager to ascend the CM's seat," mocked Reddy.

He was referring to Somu Veerraju for making the declaration and Jana Sena party cadres for proactively reacting to that statement.

It is not new to see Pawan Kalyan as a CM candidate as he himself declared to be so in the 2019 polls, pitting himself against Y S Jagan Mohan Reddy and N Chandrababu Naidu.

He resorted to this adventure within five years of launching his party while his brother Chiranjeevi did a similar act back in 2009 after he projected himself as the CM candidate in less than one year of launching the Praja Rajyam Party in 2008, which he merged into the Congress within four years to enjoy plum posts.

Meanwhile, it took nearly 10 years for Jagan Mohan Reddy to ascend to the CM seat.