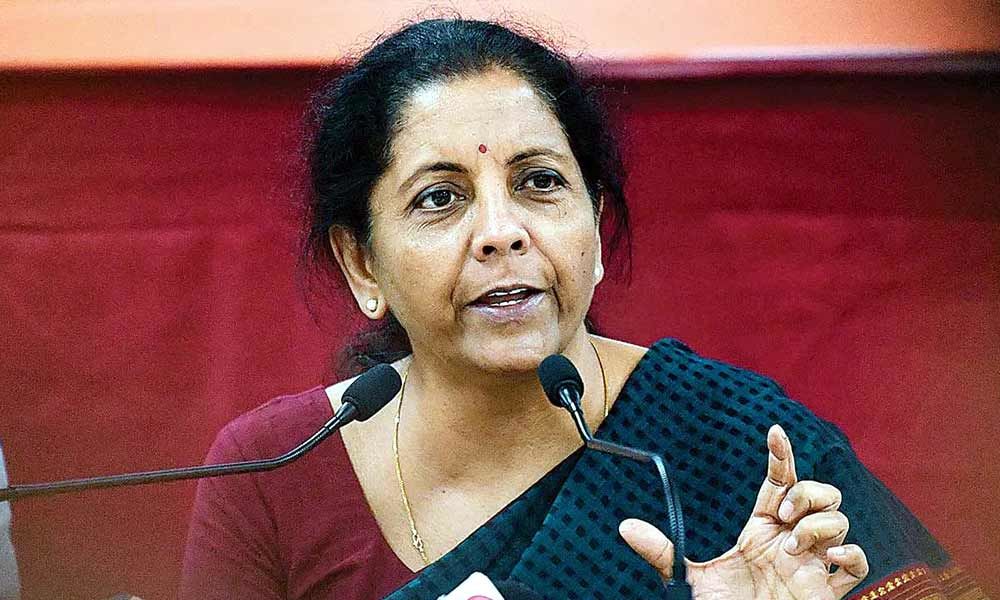 Union Finance Minister Nirmala Sitharaman has said that the economy is doing well in the difficult circumstances and this will make the government go...

Union Finance Minister Nirmala Sitharaman has said that the economy is doing well in the difficult circumstances and this will make the government go forward with more confidence. She said the government is thinking on creation of a Development Finance Institution (DFI) to help fund the Rs 102-lakh crore infrastructure funding, but hinted at a larger reliance on the private sector in doing so.

Speaking at a private news channel's awards event in Mumbai yesterday, Ms Sitharaman said, the Centre has loosened its purse strings as much as it can on fiscal deficit worries and also willing to consider further requirements. The Minister stated that she is not expecting a shock on the growth on either side and suggested that a rise in the number is a sign of economy doing well.

When asked about the ways to drive the consumption, where there was a fall in growth numbers, the finance minister said, there are multiple policies including personal tax cuts, the corporate tax cuts and direct benefit transfers. She also stressed that the government is also pushing banks to lend more to all categories like retail, agriculture, vehicle, home and so on.

Acknowledging that credit growth is yet to pick up, the Minister made it clear that banks cannot be wild in writing loans and were specifically asked to avoid the mistakes of 2008-09 when excess lending to pump-prime the economy resulted in issues of NPAs.

On the Coronavirus scare, Ms Sitharaman said, there is no need to immediately press the panic button at present, but added that industry executives have warned her about challenges cropping up if the crisis continues for three weeks.

On the Goods and Services Tax, she said that the focus is on making the network more efficient so that difficulties in compliance are done away with.