Exporters should not depend on subsidies: Goyal 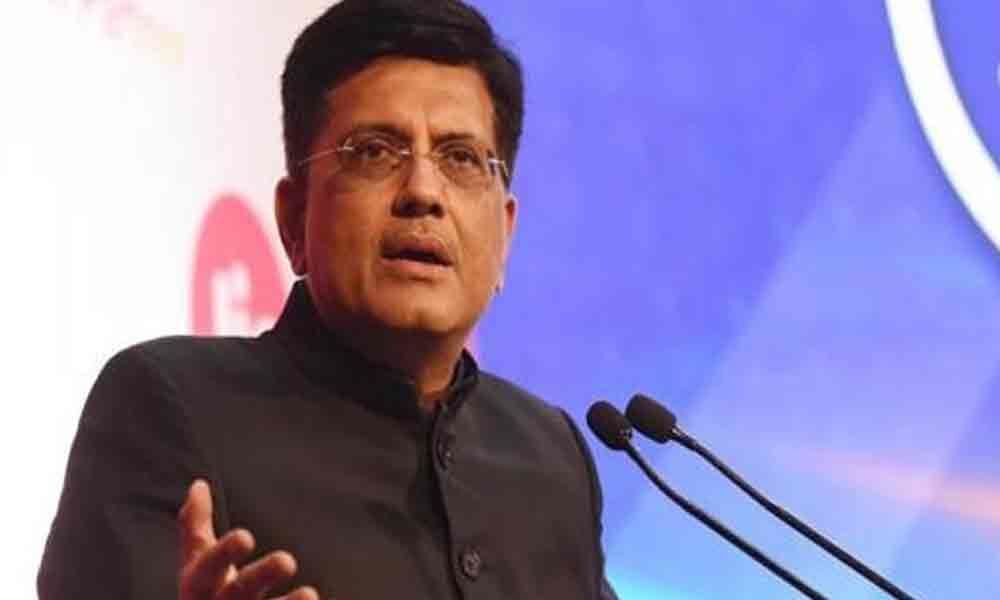 Exporters should not depend on subsidies: Goyal
Highlights

Commerce and Industry Minister Piyush Goyal on Thursday said that industry and exporters should not depend on government subsidies and instead focus on becoming competitive.

New Delhi: Commerce and Industry Minister Piyush Goyal on Thursday said that industry and exporters should not depend on government subsidies and instead focus on becoming competitive. "I do not think that any programme or ambitious scheme can run only on subsidies and government help.

We have to move out of this continuous effort and demand and make our industry truly competitive and self-reliant," he said here. He was addressing members of the Board of Trade and the Council of Trade Development and Promotion.

"My own experience in the last five years is that wherever we have done away with subsidies, industry and business have progressed, grown and prosper," Goyal said. The minister emphasised on the need to increase strengths of the industry as it would help in boosting manufacturing and exports. Accepting strengths would help in achieving the target of reaching $1 trillion exports in merchandise and $1 trillion in services in the next five years and also become an internationally integrated economy, he said.

He said that industry and other stakeholders need to collectively work and use available tools to make logistics and industrial growth competitive. "I understand that there are issues where we are not as competitive as compared to other countries. Let us go to the root of those problems and sort out those issues," he added.

Seeking fresh ideas to boost the growth of Indian economy from all the participants, he said: "I know that nobody in this room has come here today just to pitch for more subsidies, more ROSL (rebate on state levies, more MEIS (an export incentive scheme). I want you to move beyond that".

There is a need to integrate with the world economy and it will ultimately help the Indian industry, he said. "Let us look at the next five years as one more way, one more new trend that we observe in this country, one more effort that we make to engage with the world on equal terms and not from the position of weakness but from a position of strength. Let us leverage our competitive advantages," the minister said.

Secretaries of Departments of Commerce, Revenue, Shipping, Road Transport and Highways, Civil Aviation, Promotion of Industry and Internal Trade, Agriculture, Information Technology, Textiles and other ministries of Government of India are participating in the high-level joint meeting along with representatives of export promotion councils and representatives of industry and states.

The Board of Trade advises the ministry on policy measures connected with the foreign trade policy in order to achieve the objectives of boosting trade. The Council for Trade Development and Promotion ensures the continuous dialogue with states and UTs on measures for providing an international trade enabling environment in the states and to create a framework for making them active partners in boosting India's export. The country's exports grew by 9 per cent to $331 billion in 2018-19.