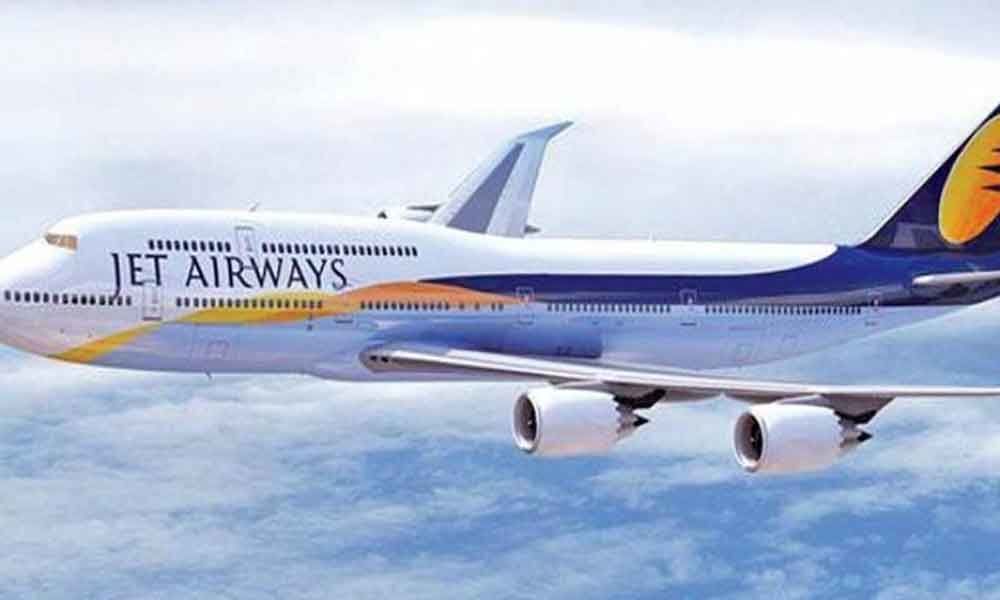 Jet Airways grounded 15 more planes due to non-payment of dues to its lessors.

New Delhi: Jet Airways shares fell as much as 4 per cent in early trade on Wednesday after it said the previous day it has grounded 15 more planes due to non-payment of dues to its lessors.

The latest groundings mean more than two-thirds of its total fleet of about 120 planes is not flying.

The airline, which was on the brink of bankruptcy, was bailed out in March by state-run banks that will temporarily take a majority stake in the company and give it a new loan of USD 218 million.

After the bailout Jet told officials at the civil aviation ministry that the airline would not ground more planes and would fly 40 more aircraft by the end of April.

The stock has shed more than half of its value in a year as of Tuesday's close.