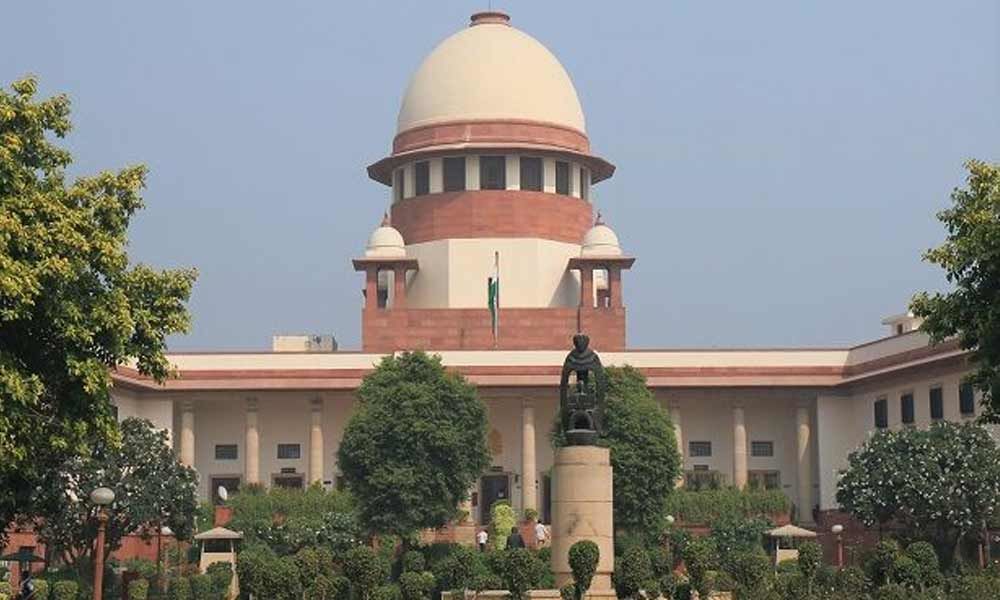 New Delhi: In a verdict that gives relief to distressed power companies but could delay bankruptcy proceedings, the Supreme Court on Tuesday quashed a tough 2018 RBI circular on resolving bad debt under which a company is declared bankrupt even if it misses repayment schedule by a day.

An early resolution of stressed loans impacted by the circular is expected to be hit following the verdict that gives flexibility to lenders to restructure debts. Legal and industry experts gave mixed response saying while the verdict is a 'great setback' for banks, it also offers relief to the troubled companies.

The circular prescribed rules for recognising one-day defaults by large corporates and initiating insolvency action as a remedy. The RBI on February 12, 2018, issued a circular on the resolution of stressed assets revised framework -- commonly known as February 12 circular.

According to the circular, lenders had to classify a loan account as stressed if there was even a day of default.

The bankers had to mandatorily refer all accounts with over Rs 2,000 crore loans to the National Company Law Tribunal (NCLT) or the bankruptcy court if they failed to resolve the problem within 180 days of default.

The circular also said that if a resolution was not found by August 27, Non-Performing Asset (NPA) accounts should be sent to bankruptcy courts. Power sector was the worst hit by the circular and so were companies in the steel, textile, sugar and shipping sector.

In its 84-page verdict, the court held that the generic circular directing banks to take recourse to Insolvency and Bankruptcy Code (IBC) was beyond the powers of Section 35AA of the Banking Regulation Act.

The power sector argued that outstanding loans of Rs 5.65 lakh crore (as on March 2018) were a result of factors beyond their control such as unavailability of fuel and cancellation of coal blocks.

However, during the pendency of the matter, the apex court on September 11 last year asked banks to maintain status quo and not to initiate insolvency proceedings against loan defaulting companies.

The court said there is nothing to show that the provisions of Section 45L (3) (Power of Bank to call for information from financial institutions and to give directions) have been satisfied in issuing the impugned circular.

"The impugned circular nowhere says that the RBI has had due regard to the conditions in which and the objects for which such institutions have been established, their statutory responsibilities, and the effect the business of such financial institutions is likely to have on trends in the money and capital markets.

"The impugned circular will have to be declared as ultra vires as a whole and be declared to be of no effect in law. Consequently, all actions taken under the said circular, including actions by which the Insolvency Code has been triggered must fall along with the said circular," said a bench comprising Justices R F Nariman and Vineet Saran.

The petitioners challenged the circular arguing that applying a 180-day limit to all sectors of the economy without going into the special problems faced by each sector would treat "unequals equally" and would be arbitrary and discriminatory, and therefore, violative of Article 14 of the Constitution of India.

Vishrov Mukerjee, Partner, J Sagar Associates said after the Supreme Court judgment, the RBI may have to issue revised guidelines/circulars for the restructuring of stressed assets.

"There is also a question mark over existing processes which may have been completed/nearing completion," he said. "However, with the threat of IBC proceedings mitigated, it will give some breathing space to power companies and lenders as well as flexibility to restructure debts in a manner which ensures continuity and value maximization for lenders as well as power companies." Cyril Shroff, Managing Partner, Cyril Amarchand Mangaldas, termed the ruling as a major development that shows how "proactive" the judiciary has been.

"Whilst it's too early to say but if banks voluntarily still invoke IBC - the practical impact will be minimal," he said.