A Sufi evening for connoisseurs on April 10 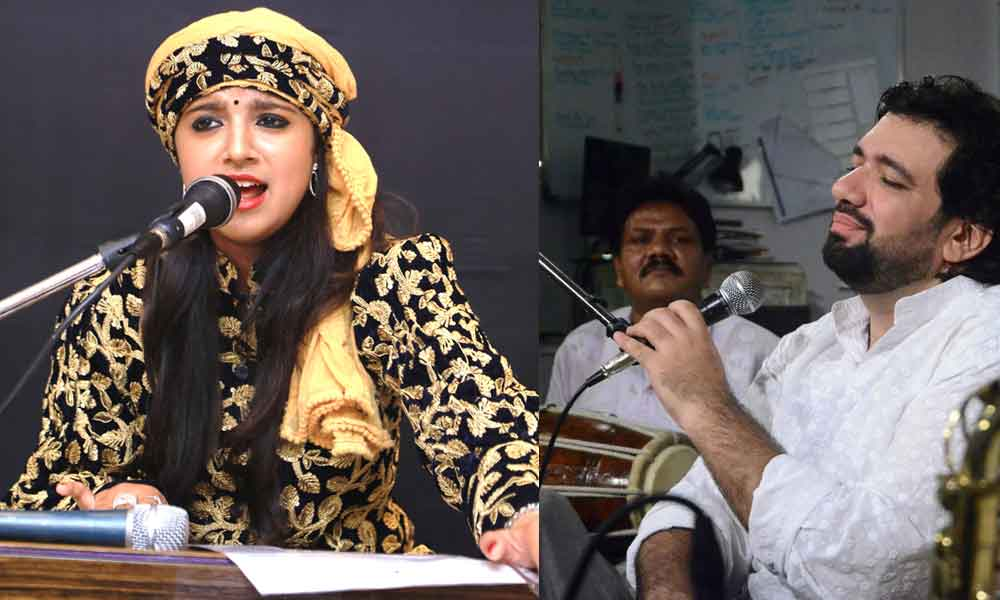 A Sufi evening for connoisseurs on April 20

Bengaluru: Charista Foundation in association with Alliance Francaise is going to present a Sufi Music Concert 'Jalsa-e-Sufiyaana' on April 10. Cal...

Bengaluru: Charista Foundation in association with Alliance Francaise is going to present a Sufi Music Concert 'Jalsa-e-Sufiyaana' on April 10.

Called an evening of soulful entertainment and introspection, the event is aimed at raising funds for the talented but financially insecure artists to be channelled towards their education and training.

Jalsa means gathering for celebration and Sufism is about adopting humanity, it's beyond rituals or religion.

Most traveled Sufi exponent Girish Sadhwani from Mumbai and well-known local Sufi artist Khanak Joshi, a child prodigy, would be the performing artists for the evening.

"Charista Foundation has the interests of the downtrodden and lost art, artists, artisans, aged and works towards a greener planet. Established with a mission to revive old Indian Art & Culture in addition to curbing elder abandonment, provide them with psychological care stemming from loneliness, Charista Foundation looks forward to support from all strata of the society.

We are urging corporates to emulate great emperor Akbar who whole-heartedly patronized Indian arts and artists.

Girish Sadhwani, all of 36 years, a multi talented artist, trained Indian Sufi singer is a disciple of Sufi Saint Hazrat Sufi Jalaluddin Baasafaa. Apart from being versatile in singing, he also plays various musical instruments such as the violin and tabla, flawlessly.

Being an ardent follower of Sufism, Girish loves to perform all forms of Sufi music in Hindi, Sindhi, Punjabi & Saraiki languages.

Kanak Joshi (13) born in Shirdi, Maharashtra, was initiated into Indian vocal classical music from her childhood. Gradually her interest grew in Sufi music and she began pursuing that from various learned teachers in this field.

In 2013 she won a world-wide talent hunt competition organized by music director and singer Shankar Mahadevan.