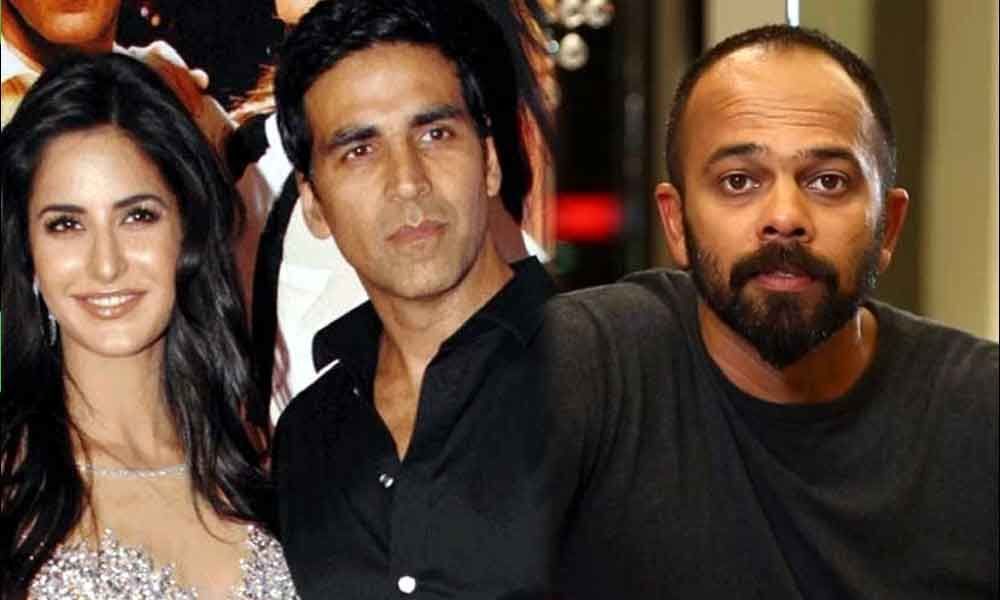 Rohit Shetty revealed he will announce Akashy's female lead in a few days for 'Sooryavanshi'.

Rohit Shetty revealed he will announce Akashy's female lead in a few days for 'Sooryavanshi'.

Rohit interacted with media at the Black Carpet of HT Most Stylish Awards 2019, where he was always presented with the Most Stylish Director of the Year award.

The filmmaker will be collaborating with Akshay Kumar for the first time, and 'Sooryavanshi's first glimpse in ' Simmba ' had got all the fans excited for the film. There have been speculations and tabloids reporting that Katrina will be playing opposite the action hero.

When asked when will they start shooting and what will the new part of the series hold, he said, "We will begin shooting for the film in the month of May. It's a very long journey. We will be working on it for a year's before the film releases next year. We will announce the female lead in next 2-3 days"

Akshay and Katrina over the years have given hits like Namastey London, Welcome and Humko Deewana Kar Gaye.

The filmmaker also revealed he will be diving into the digital world after Akshay and Shah Rukh Khan. The director will be turning a producer for a web series. "I think from January next year we will start shooting for it. It is being made on a big scale, that's why it is taking time. We have been writing it from the last two years. It will be an action thriller."

'Sooryavanshi' is being produced by Karan Johar. The movie will release on Eid 2020. In previous interviews, the director also said he will add a female cop to the Singham universe after Sooryavanshi.