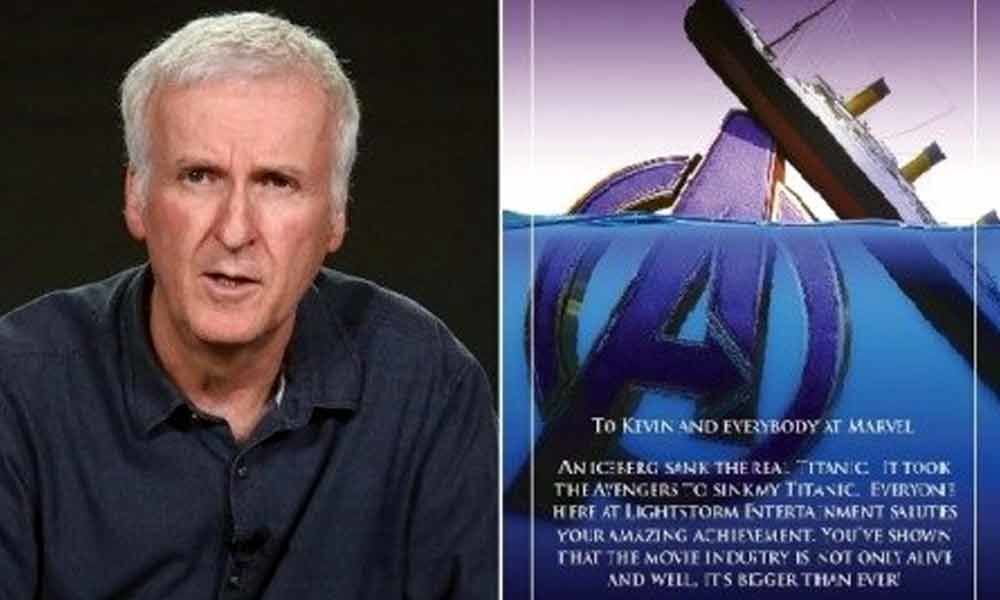 The filmmaker James Cameron just took to his Twitter profile and congratulated the entire team of Avengers to Sinking his Titanic.

The filmmaker James Cameron just took to his Twitter profile and congratulated the entire team of Avengers to Sinking his Titanic.

Endgame surpassed Titanic (1997), which earned $2.187 billion (unadjusted for inflation). The Marvel tentpole achieved the remarkable feat after collecting another 145.8 million domestically and 282.2 million overseas in its second weekend.

James Cameron tweeted, "To Kevin and everyone at Marvel. An iceberg sank the real Titanic. It took the Avengers to sink my Titanic. Everyone here at Lightstorm Entertainment salutes your amazing achievement. You've shown that the movie industry is not only alive and well, it's bigger than ever!"

The top-grossing film of all time is still Cameron's Avatar (2009), with 2.8 billion at the global box office.