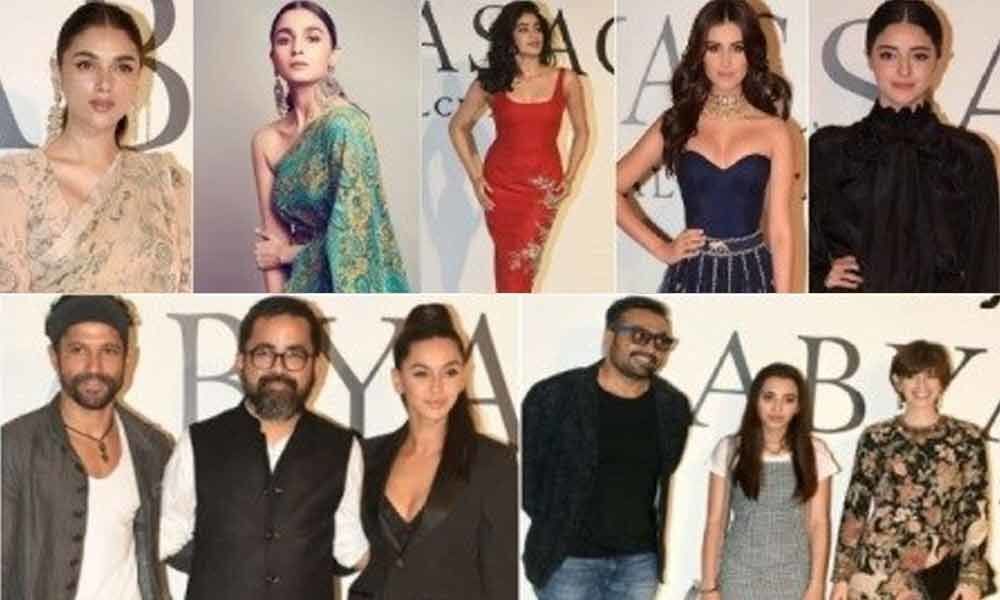 Bollywood celebrities such as Farhan Akhtar, Aditi Rao Hydari, Alia Bhatt, Ananya Pandey, Janhvi Kapoor, and Tara Sutaria, along with several other stars attended a Sabyasachi event in Mumbai, which marked the 20th year in Industry for the Designer.

Designer Sabyasachi Mukherjee launched a new collection on Saturday to commemorate his 20 years in the business. The designer launched the new collection, titled 'Kashgaar Bazaar: In Retrospect', in collaboration with French fashion designer Christian Louboutin.

Kalank actress Alia Bhatt was seen sporting a green saree for the event and tied her hair in a simple pony. She completed the look with big earrings and minimal makeup.

Actors Ananya Pandey and Tara Sutaria were also spotted at the event. Both Tara and Ananya will make their Bollywood debut with Student of The Year 2, which also features Tiger Shroff.

Filmmaker Anurag Kashyap and Kalki Koechlin posed together at the red carpet along with the filmmaker's daughter Aaliyah.