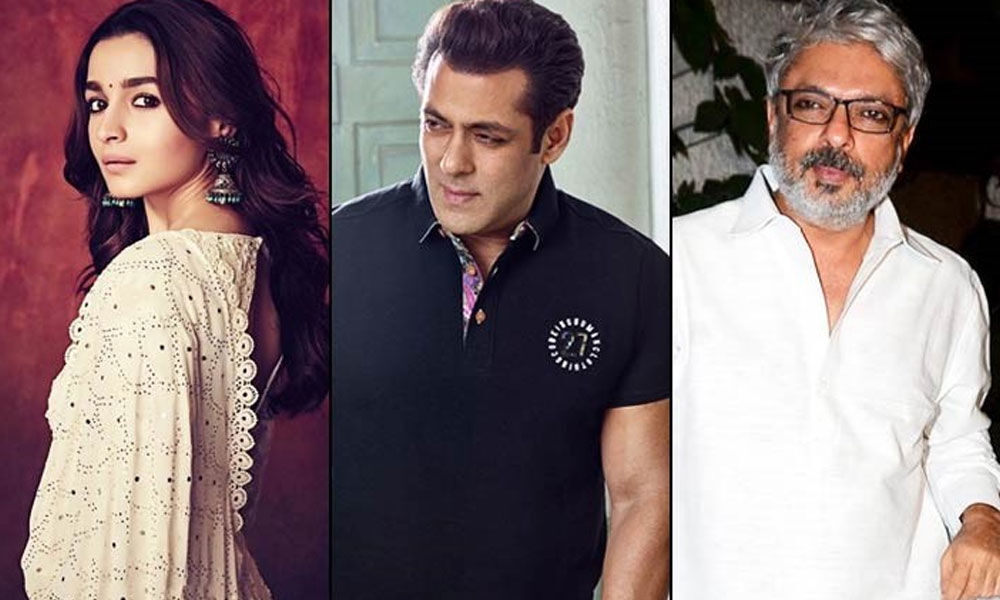 Alia Bhatt says working with Salman Khan and Sanjay Leela Bhansali in forthcoming Inshallah is a big dream come true for her, on the sidelines of Zee Cine Awards 2019.

Alia Bhatt says working with Salman Khan and Sanjay Leela Bhansali in forthcoming Inshallah is a big dream come true for her, on the sidelines of Zee Cine Awards 2019.

Actress Alia Bhatt, who is going to collaborate with filmmaker Sanay Leela Bhansali and superstar Salman Khan for "Inshallah" shares a little sneak-peek into the films and her feeling about roping the project.

During her interaction with the media at Zee Cine Awards 2019 on Tuesday here, Alia said, "The announcement has been out today and the way I mentioned in my tweet that it's a big dream come true to work with Sanjay sir and Salman Khan. They are like a magical combination together. I can't wait to get on the journey. It's going to be quite magical"

Alia Bhatt will be next seen in Kalank, which is the most awaited release of 2019, the film stars an incredible ensemble of Sanjay Dutt, Madhuri Dixit Nene, Sonakshi Sinha, Varun Dhawan and Aditya Roy Kapur.

Recently makers of the film dropped the first single titled "Ghar More Pardesiya" which has gone viral on social media.

Talking about the overwhelming response, Ali said: "Till afternoon, it got 14 millions views and I am very happy that more and more people are watching the song.

"I have worked very hard on this song. I was very nervous. I was feeling like almost 50 per cent of the film is released so, now I can calm down a bit when the film releases. I will be nervous but excited."

Kalank is helmed by Abhishek Varman and will hit the cinema halls on 19th April.