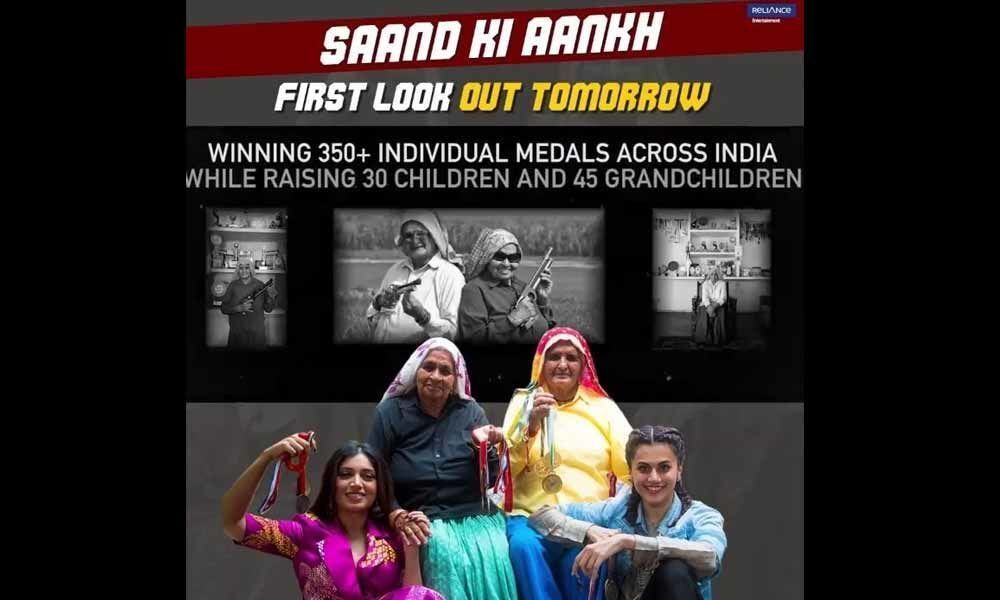 Taapsee Pannu who is gearing up for the biopic, Saand Ki Aankh's took to her twitter to announce the makers release their first look tomorrow.

Taapsee Pannu who is gearing up for the biopic, Saand Ki Aankh's took to her twitter to announce the makers release their first look tomorrow.

Tappsee shared the new on Monday and wrote, "We r ready to show u the glimpse of the most inspiring story u will hear n my most challenging role to play till date ! #SaandKiAankh "

The actress shared a video with the tweet that features the real heroes, Chandro Tomar and Prakashi Tomar and their heroic tale. The two have won more than 350 medals at state and national level championship. The video shows them traveling to Mumbai to meet the cast and the makers. We also see them telling the audience who will be played by which actress in the film.

Taapsee and Bhumi are currently busy shooting for 'Saand Ki Aankh' and have been sharing snaps from the film set without revealing their look. The actors have got fans excited for the look reveal. 'Saand Ki Aaankh' is based on old sharpshooters – Chandro Tomar and her sister-in-law Prakashi Tomar. Chandro, who is fondly called shooter 'dadi' is among the world's oldest female sharpshooters.

Directed by Tushar Hiranandani the film is produced by Anurag Kashyap.