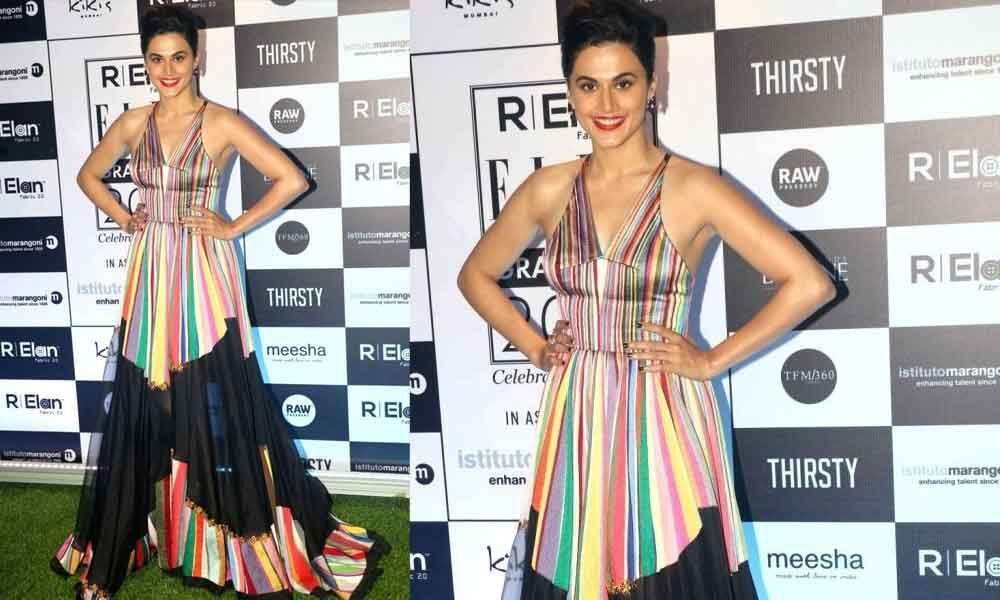 Taapsee Pannu who was last seen in 'Badla' says she is still trying to seep in how much people have appreciated her role in the film.

Taapsee Pannu who was last seen in 'Badla' says she is still trying to seep in how much people have appreciated her role in the film.

Pannu interacted with media at the Elle Graduates Award on Saturday, where she was presented with the honor as well for her performances in 2018 releases.

Talking about her recent release with Pink costar Amitabh Bachchan, Taapsee said, "I wasn't really expecting it, I mean I knew it was going to be a good film and people will like it. But I didn't know people will be like it and appreciate it so much. Now after looking at the result, it feels very overwhelming. We will take some time to accept that actually, we have got so much appreciation from the audience,"

Especially the fact that people have loved my role, I am still trying to seep it in, but I won't say much because the film is still on the screen. When it will be out of the theaters then we will talk about it more freely." she added.

When asked how excited she feels to be awarded by Elle she said, "Elle graduates recognize the upcoming talents and to get this feels nice that they recognized my efforts in 2018. After hard work, if you let some good results it feels good."

Taapsee is currently busy shooting for ' Saand Ki Aankh' with Bhumi Pednekar. The story is said to be based on the medal-winning world's oldest sharpshooters Chandro Tomar and Prakashi Tomar.

Directed by Tushar Hiranandani the film is produced by Anurag Kashyap.