Zee Cine Awards 2019: Sanju and Padmaavat bag the most awards 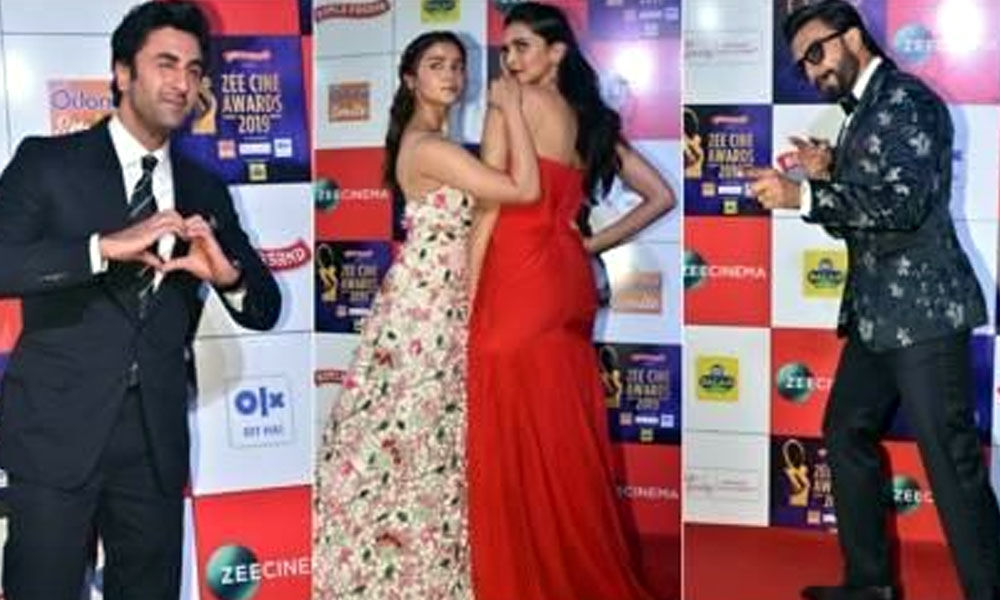 Alia Bhatt who is gearing up for Kalank maintained her style from the film and wore a floral gown while Madhuri Dixit was seen in a dark shimmering black down. Alia posed for the pictures with Deepika Padukone who matter her dress with classic red lips.

Vicky Kaushal and Kartik Aaryan who were hosting the even were spotted in matching tailored suits. Vicky was accompanied by his parents Veena and stunt director Sham Kaushal.

The awards celebrated some of the best performances from 2019, Ayushmaan who also performed at the event bagged the Extraordinary Performer of the Year Award. While Ranveer Singh won the Best Actor Male Viewers Choice for Padmaavat, Ranbir Kapoor took home Critic's choice Best Actor male for Sanju.

Ishaan Khattar and Janhvi Kapoor both debuted last year and won the awards for Best Debut make and female.

Some of the speical awards that were present at the Zee Cine Awards 2019 were, Extraordinary Contribution to the Indian Cinema to Hema Malini and Extraordinary Icon for Social Change to Sonam Kapoor Ahuja for her recent release, 'Ek Ladki Ko Dekha Tho Esa Laga'.