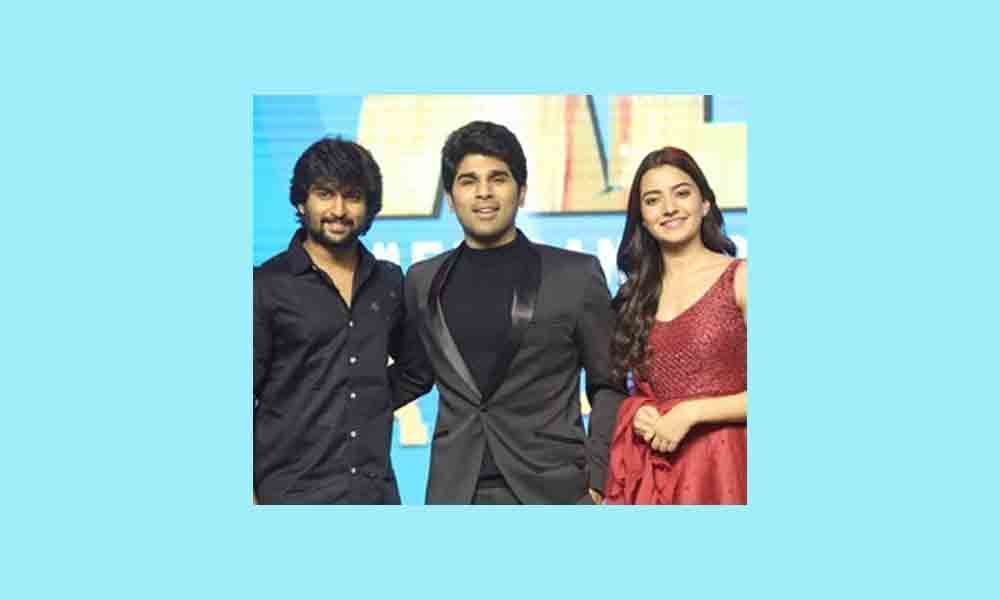 Reigning star Nani, who was the chief guest at the pre-release event of upcoming Telugu film ‘ABCD, held in Hyderabad on Monday, said “I know Allu Sirish for quite long time.

Reigning star Nani, who was the chief guest at the pre-release event of upcoming Telugu film 'ABCD, held in Hyderabad on Monday, said "I know Allu Sirish for quite long time.

Initially, he had good command on business aspects of Telugu cinema. I thought he was the perfect heir for Allu Arvind garu. But later he turned an actor and I wish he attains stardom with 'ABCD,".

Young actor Allu Sirish said, "Actually, my cousin Ram Charan hinted about this remake. He also gave me the Malayalam version of 'ABCD' and said that the character would suit me better.

I also liked the film, but it took some time to get the right production house. While watching the movie, I could relate to many father-son scenes, since it reflected my real-life experiences.

Briefly, it's a story of a father who wants to make his son realise the value of hard-earned money. Even my father used to scold me, whenever I asked him luxury cars," he adds.

The film is being jointly produced by Madhura Entertainments and Big Ben Cinemas and presented by D Suresh Babu. "I have nothing much to say about the film after director and others spoke about it. I thank you all for gracing the event." concludes producer Madhura Sreedhar Reddy.