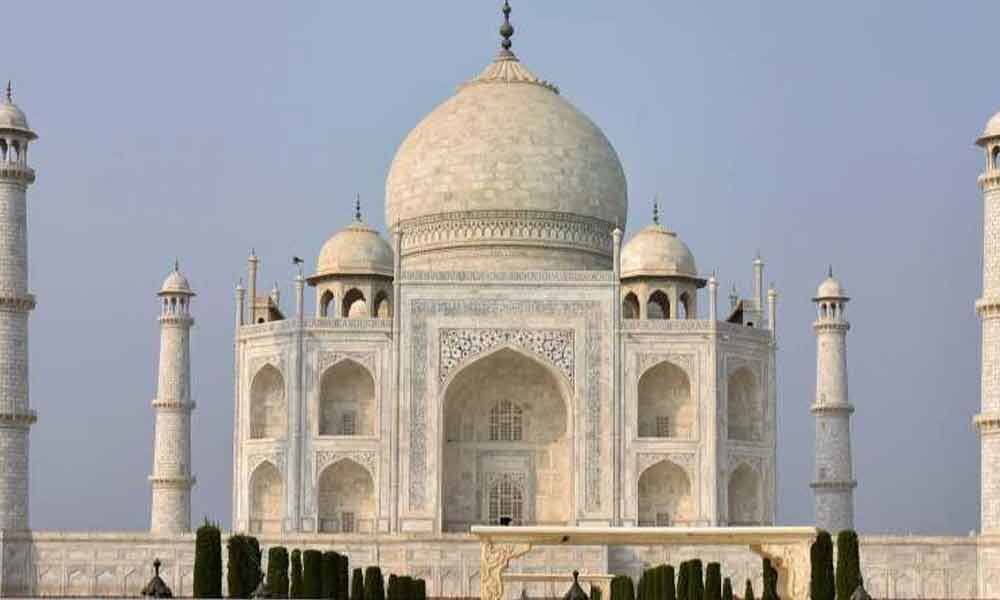 While politicians are busy promising the moon, ordinary folks in Agra continue to battle with water scarcity.

While politicians are busy promising the moon, ordinary folks in Agra continue to battle with water scarcity.

Water pipelines, being old and rusted, are frequently bursting, snapping supply, even as the mercury continues to soar. Agra, home to the majestic Taj Mahal, attracts more tourists than any other city in India.

"The problem is of management. A basic need like clean potable water is not on the priority list of the politicians. Yamuna continues to flow dirty, carrying all the industrial effluents and toxics posing health hazards," river activist Shravan Kumar Singh lamented.

Against an estimated 350 MLD water requirement, the two water works are able to supply only around 225 MLD. During peak summer, the demand goes much higher which is met by ubiquitous submersible pumps, tube wells and hand pumps.

"Each year the water table is going down... A demand repeatedly made for a barrage on Yamuna river has not received the attention of the State government," said River Connect Campaign activist Ranjan Sharma. The municipal water works has arranged tanker supplies, but these are inadequate and erratic, say citizens of these neighbourhoods.

Queues at the hand pumps continued to lengthen as municipal authorities failed to resume water supply to far flung colonies. The crisis was compounded when work on shifting a 1,200 mm pipeline in Bodla area began a week ago, after it was damaged. This prevented supply of water to nearly 1.5 lakh citizens in various colonies, including Kedar Nagar.

Agra has two water works, one at Jeoni Mandi, more than a hundred years old, and the other at Sikandra, which is just 25 years old and uses an Israeli technique to clean water.

The raw water intake at the local water works improved after the Ganga Jal pipeline was commissioned a few months ago. But this pipeline bringing Ganga Jal to Agra from Bulandshahar district is yet to be connected to the Jeoni Mandi Water Works. Half the water received is going waste into the river.