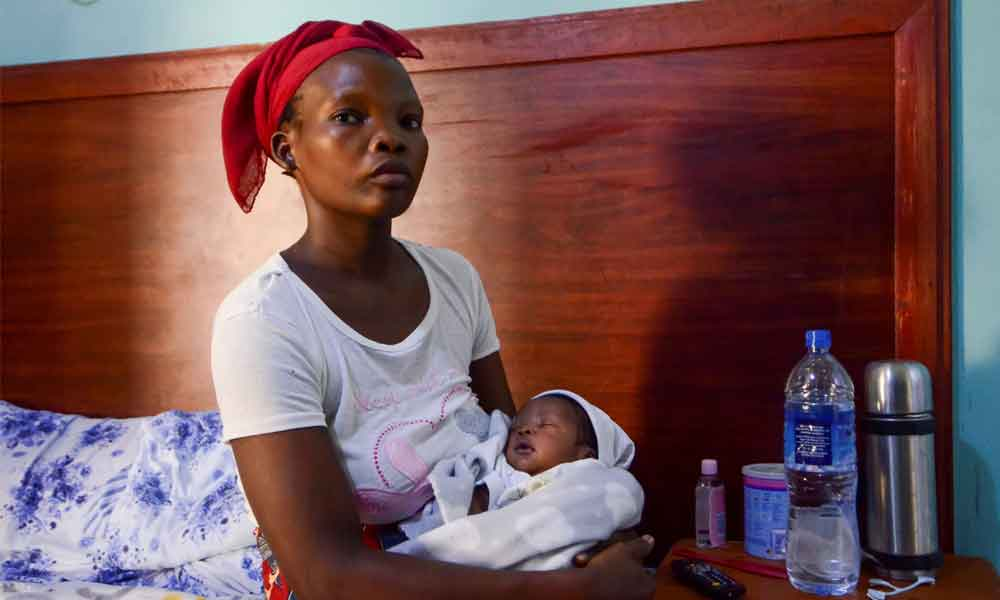 Luisa Jose, a 52-year-old mother of five, says she came face-to-face with Islamic State-linked insurgents when they attacked the gas hub town of Palma in northern Mozambique 10 days ago.

Luisa Jose, a 52-year-old mother of five, says she came face-to-face with Islamic State-linked insurgents when they attacked the gas hub town of Palma in northern Mozambique 10 days ago.

"I was running to save my life ... they were coming from every street," she said from a stadium in the port city of Pemba housing some of the thousands who fled the violence. "I saw them with bazookas. They wore uniforms with red scarves ... tied to their heads."

Jose said the militants quickly overran her hometown of Palma, next to huge gas projects worth $60 billion.

Aid workers believe tens of thousands of people fled the assault, which began on March 24. However, just 9,900 of those displaced had been registered in Pemba and other parts of Cabo Delgado province, according to the UN humanitarian agency OCHA.

Many could still be hiding in the surrounding forest, said the international aid group Medecins Sans Frontieres, and those who emerged have recounted seeing bodies of others who died of hunger or dehydration along the way.

Some were also killed by crocodiles or perished in deep mud, according to a contractor whose employee witnessed both.

Most communications to Palma were cut when the attack began, and Reuters has not been able to independently verify witnesses' accounts. A spokesman for Mozambique's defence and security forces declined to comment on Saturday, while calls to the national police went unanswered.

The province of Cabo Delgado, where Palma is located, has been home since 2017 to a simmering Islamist insurgency now linked to Islamic State. Clashes between the militants and government forces around Palma continued as recently as Friday, security sources told Reuters.

South Africa said on Saturday that Mozambique's neighbours would meet next week to discuss the insurgency.

Mozambique's government has said dozens were killed in the attack on Palma but the full scale of the casualties and displacement remains unclear.

Fato Abdula Ali, 29, said she was separated from her husband and three children in the chaos. Nine-months pregnant, she couldn't keep up with other residents as they made their escape and delivered her baby son alone in the bush. She cut the infant's umbilical cord with a tree branch, she said.

The next day, she said, she stripped herself of her blood-soaked clothes and found another group of people who took turns carrying her to safety.

"My whole body aches," she told Reuters at a hotel in Pemba.

Luisa Jose said she spent almost five days in the bush, eating bitter cassava tubers and drinking from cloudy pools of water before making it to Quitunda, a village for people relocated by the mega gas projects led by major oil companies, including France's Total.

From there, she says, she was evacuated by Total but had to leave behind more than six family members, including her husband and a daughter, because there was no room on the boat.

Total on Friday pulled all of its remaining workforce from its project site near Palma, two sources with direct knowledge of site operations told Reuters, leaving it in the hands of the military. Total declined to comment.

Jose has had no news of her family members since she left them behind. They are among thousands believed to be stranded in Quitunda, according to aid workers and diplomats.

"Are they safe? Do they have shelter? Will they come back? I don't know," she said.