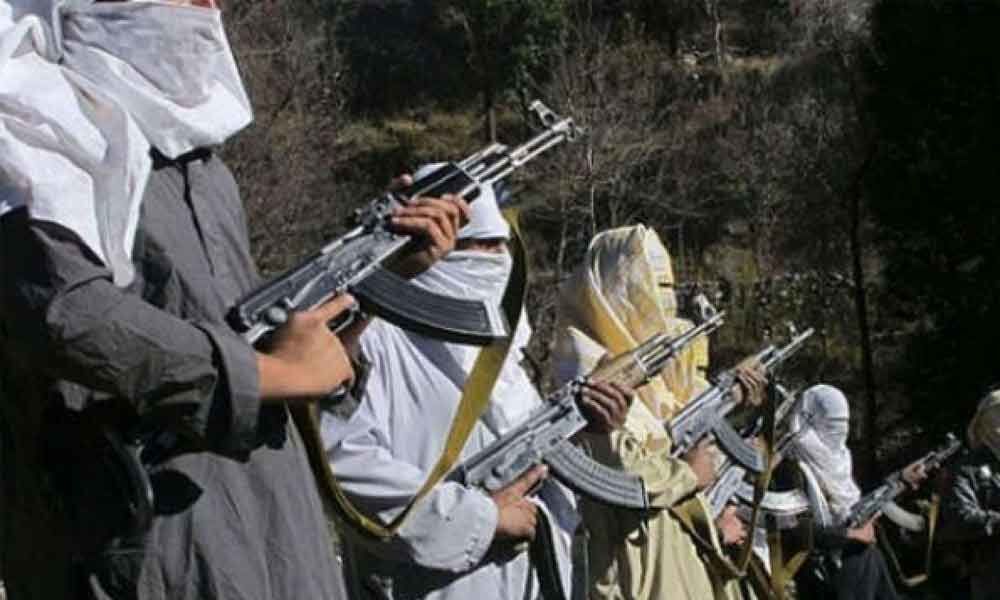 Reports emanating from Sydney indicate that the Asia Pacific Group (APG) of the FATF (Financial Action Task Force) which assessed Pakistan's compliance on terror financing and money laundering parameters, has listed it in an ‘Enhanced, Expedited Follow Up List’ (blacklist).

Reports emanating from Sydney indicate that the Asia Pacific Group (APG) of the FATF (Financial Action Task Force) which assessed Pakistan's compliance on terror financing and money laundering parameters, has listed it in an 'Enhanced, Expedited Follow Up List' (blacklist).

In its latest meeting held in Sydney, it is said that Pakistan was found non-compliant on 32 of the 40 compliance parameters of terror financing and money laundering.

This is perhaps the last chance for Pakistan to wriggle out of the FATF mess. The FATF's 15-month timeline given to Pakistan ends in October 2019 and before the deadline it has to comply with the 27-point action plan provided to it by the FATF.

Pakistani media, as usual, began rebutting and condemning Indian media reports on the blacklisting as false and mischievous propaganda on Friday as soon as the reports emerged from Sydney.

It would be better for Pakistan to follow-up on the action plan provided to it instead of dismissing the reports. The APG is not a sham nor is it a private organisation.

The APG, is an inter-governmental organisation working to implement international standards for the prevention of money laundering and terrorist financing in the Asia Pacific region.

The Asia Pacific Group (APG) is an evolution of the FATF - Asia Secretariat, which was originally formed in 1995. After the last meeting of the Secretariat in 1997, the APG was established with 13 founding members and a goal to ensure AML compliance across the region. After September 11, that goal expanded to include countering terrorist financing.

Today, the APG has grown to include 41 member-States along with 8 observer States, and a number of observer organisations, including the International Monetary Fund, the United Nations, and the World Bank.

Part of a network of FATF-style regional bodies (FSRB), the APG is the largest of its type both by geographic and membership size. The APG's activities are supported and coordinated by its Secretariat, headquartered in Sydney, Australia.

To dismiss the APG report or its recommendation as fictitious will be suicidal for Pakistan.

The APG works to ensure that its member states adopt and implement FATF-endorsed anti-money laundering and counter terrorist financing standards.

In this role, the APG primarily functions to provide: the mutual evaluations in which the APG uses a peer review process to assess member States' compliance with the AML/CFT (anti-money laundering/counter terror financing) standards it promotes.

The APG researches and responds to emerging methodologies and trends in financial crime, assisting member-States in the implementation of appropriate legislation.

The APG actively participates in the global FSRB network in order to develop and implement international AML policy.

To achieve its AML goals, the APG actively engages with private sector organisations across the region, including financial institutions, NPOs, and educational institutions.

The APG directly assists its members in introducing AML legislation. Structuring its approach to the needs of individual countries, the APG also provides guidance for setting up AML agencies and financial intelligence units: in Afghanistan, for example, the APG is helping to establish national mechanisms to coordinate agencies in the fight against financial crime.

The APG determines its AML policies using the FATF 40 9 Recommendations. Although the APG meets in plenary sessions each year, it also meets every three years to develop a wider strategic plan to address money laundering concerns across the region.

Such being the duties of the organisation, when it pushes some country into an

Enhanced List, it becomes too difficult for the country to extricate itself out. Pakistan now needs the support of three countries in the October meet not to slip into the blacklist category which becomes fully operational if it cannot.

Official sources pointed out from Sydney (the meeting itself was held in Canberra) that on 11 effectiveness parameters of terror financing and money laundering, Pakistan was adjudged as low on 10. The official said despite its efforts, Pakistan could not convince the 41-member plenary to upgrade it on any parameter.