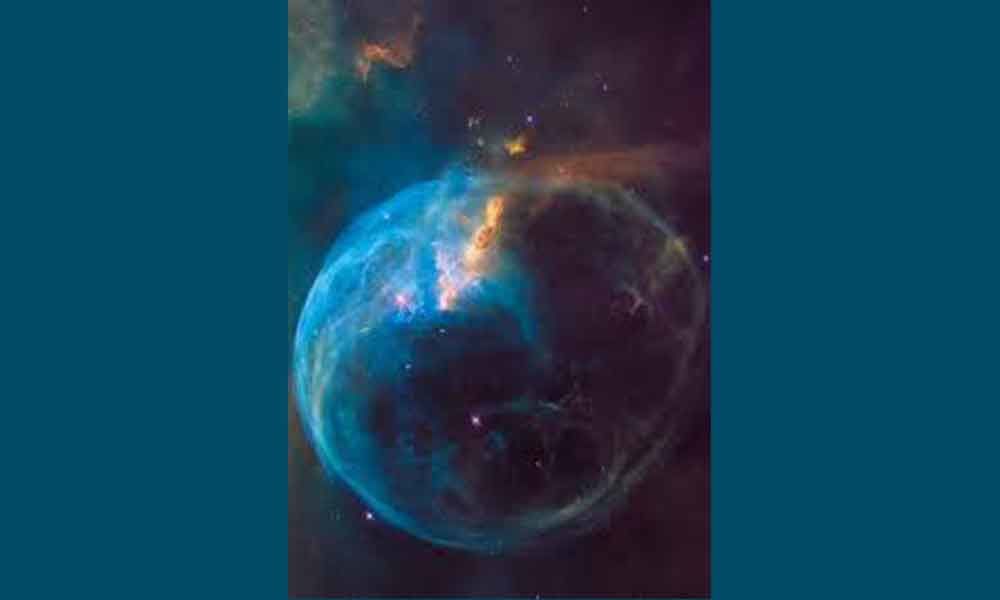 The core of massive dying galaxies with more than a trillion stars was formed 1.5 billion years after the Big Bang -- about 1 billion years earlier...

London (IANS): The core of massive dying galaxies with more than a trillion stars was formed 1.5 billion years after the Big Bang -- about 1 billion years earlier than previous measurements revealed, reveal astrophysicists.

Galaxies are broadly categorized as dead or alive: Dead galaxies are no longer forming stars, while alive galaxies are still bright with star formation activity.

A 'quenching' galaxy is a galaxy in the process of dying -- meaning its star formation is significantly suppressed.

A team of researchers of the Cosmic Dawn Center at the Niels Bohr Institute at University of Copenhagen and the National Observatory of Japan recently discovered a massive galaxy dying already 1.5 billion years after the Big Bang, the most distant of its kind.

"Moreover, we found that its core seems already fully formed at that time", said Masayuki Tanaka, the author of the study.

"This result pairs up with the fact that, when these dying gigantic systems were still alive and forming stars, they might have not been that extreme compared with the average population of galaxies", added Francesco Valentino from the Niels Bohr Institute.

The discovery will add to our knowledge on the formation of the Universe more generally, and may cause the computer models astronomers use, one of the most fundamental tools, to be revised.

"The suppressed star formation tells us that a galaxy is dying, sadly, but that is exactly the kind of galaxy we want to study in detail to understand why it dies", said Valentino.

One of the biggest questions that astrophysics still has not answered is how a galaxy goes from being star-forming to being dead.

For instance, the Milky Way is still alive and slowly forming new stars, but not too far away (in astronomical terms), the central galaxy of the Virgo cluster - M87 - is dead and completely different.

"It might have to do with the presence of gigantic and active black hole at the center of galaxies like M87," Valentino noted.

One of the problems in observing galaxies in this much detail is that the telescopes available now on Earth are generally able to find only the most extreme systems.

The new James Webb Space Telescope, scheduled for launch in 2021, will be able to provide the astronomers with data in a level of detail that should be able to map galaxies better.