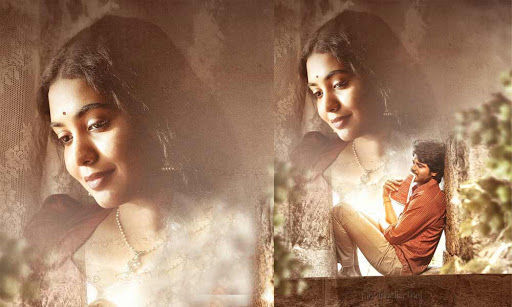 Anand Devarakonda and Shivatmika Rajasekhar are making their debut with the movie Dorasani. The film released today. The theatrical trailer of the movie has raised a curiosity to watch the movie. The movie marks the directorial debut of KVR Mahendra. Yash Rangineni, Madhura Sreedhar Reddy and Suresh Babu produced the movie. Check out the review of the film here.

Raju (Anand Deverakonda) is born and brought up in a lower caste family. He falls for Devaki aka Chinna Dorasani (Shivatmika), who hails from the family of village's head. After a few instances, even Devaki falls for Raju. Eventually, they get neck deep into love and even the local Naxalites give them the support.

Things take a dramatic turn when Dorasaani's father Dora comes to know about their relationship and opposes it unconditionally. What did he do to them? Will Raju and Devaki unite at the end? To know the answers to all these questions, catch the film at your nearest theatre.

Despite being a debutante, Anand Devarakonda has performed extremely well in the movie. He breathes life into his character and will definitely leave an impact on the audience. Also, Shivatmika looked beautiful in the film and carried her role with ease and elegance. Though it is her debut movie, Shivatmika has showcased maturity in her acting. Also, the chemistry between Shivatmika and Anand worked out really well. Kannada Kishore also justified his role. Sharanya gave 100% in essaying her role. Vinay Varma's acting added more strength for the film. Byreddy Vamshi also performed naturally. Krishna Reddy delivered a decent performance. The rest of the actors also made their presence felt.

Production values by Madhura Sridhar Reddy and Yash Rangineni are extraordinary and added more strength for the film. The producers have invested decent amounts without compromising in terms of quality. Music by Prashanth vihari is superb. A couple of songs will definitely grab the attention of the audience and especially his background BGM is very pleasing. Cinematography by Sunny Kurapati added more beauty for the film. Editing by Naveen Nooli is clean and neat.

Director KVR Mahendra has prepared an interesting story for the film. Especially, it's not easy to create the same environment as the 80s but the director has focused on each and every element including the situations and cultures during that particular time period. Also, his pace of narration is really good throughout the film. It is known that making period dramas is not an easy task but director KVR Mahendra has succeeded in giving 80s vibes to the audience throughout the film.

The movie starts off on an interesting note and the entire first half is filled with the refreshing romance between Anand and Shivatmika. Their beautiful performances can be considered as the big plus points for this film. The second half turns out to be a bit slow and forced comedy in some scenes will test the patience of the audience. But the screenplay is good. 'Dorasani' movie is a feel-good movie which will impress only as a particular section of the audiences.