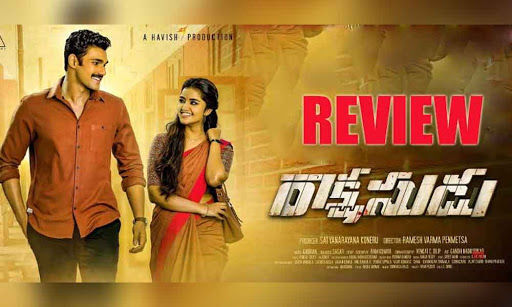 Rakshasudu is the latest Telugu movie which stars Bellamkonda Sai Sreenivas and Anupama Parameswaran in the leads. Touted to be the remake of Tamil film Ratsasan, the movie is directed by Ramesh Varma of Dongata fame. Read on to know the film's review.

Arun Kumar (Bellamkonda Sai Srinivas) wants to become a director. He has written a script on a serial killer and wants to make a movie out of it. But because of some situations, Arun Kumar ends up being a sub inspector of Police. As soon as Arun Kumar joins the police department, he finds a murder case of a young girl. He realises that it is a cold blooded murder by a psycho killer and sets out to find out who the killer is. With hardly any clues about the killer, Arun Kumar meets a teacher (Anupama Parameswaran) and falls in love with her. Did Arjun Kumar succeeded in solving the mystery? Forms the rest of the story.

Bellamkonda Sai Srinivas got a challenging role in this film but the actor has portrayed the role in a decent way. We can say that he has justified his role as a Police Officer. Anupama Parameswaran looked gorgeous in the film and also delivered her career best performance in the film. Saravanan went under the skin of the character and acted well. Vinod Sagar acted naturally in the film. Vinodhini Vaidyanathan is good in her role. Ammu Abhirami's performance added much strength for the film. Rajeev Kanakala breathes life into his character. Keshav Deepak or Suzane George delivered honest performances in the film. The rest of the actors also made their presence felt.

It is known that this is a remake movie and the makers haven't made any major changes in the script or the screenplay of the movie. However, we can see that there is no Tamil flavour in the film which can be considered as a plus point. Director Ramesh Varma presented the story in a beautiful way and succeeded in reprising the soul of the movie. Production values by Satyanarayana Koneru under A Studios banner are lavish. Considering Bellamkonda's market, we can say that the producers have invested decent amounts for the movie. Ghibran's music is undoubtedly the backbone of the film. His outstanding tunes can be considered as the major driving factor of the film. Cinematography by Venkat C Dileep is excellent. Each and every frame came out in a beautiful way. Editing by Amar Reddy is clean and neat.

The movie has an engaging screenplay which will keep the audience stick to their chairs from the start to the end. The movie starts off on an interesting note and the first 20 minutes of the movie itself will make the audience get involved into the story. The interval twist is heart touching. The second half is crisp as well as engaging. The jaw dropping twists and mind-blowing screenplay will definitely give a thrilling ride for the audience. The solid story, screenplay and music can be considered as the major highlights of the film whereas the dosage of violence can be considered as a minus point. Overall, 'Rakshasudu' is definitely a must watch movie for all sections of audience.