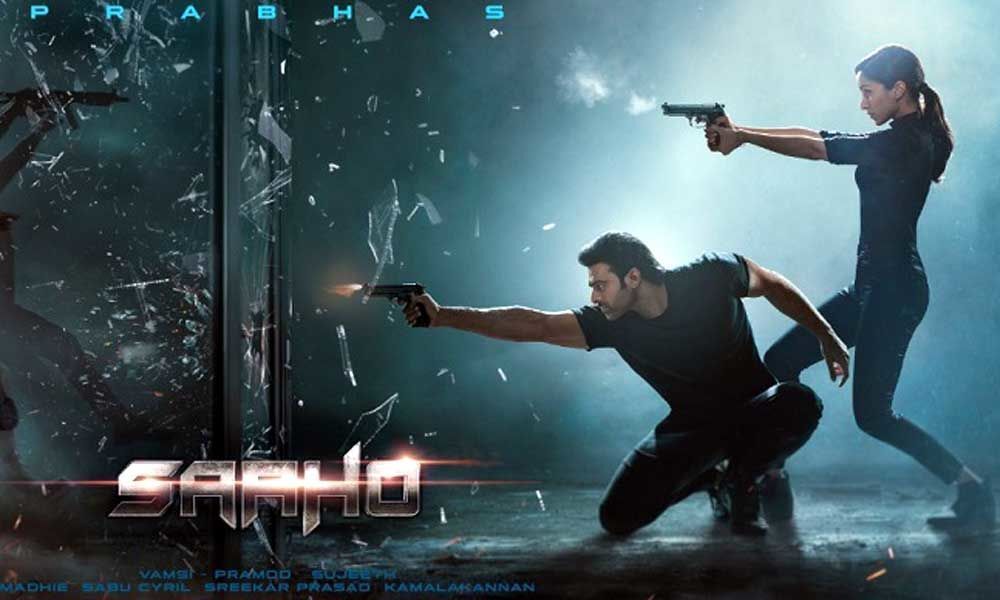 Young Rebel Star Prabhas is playing the lead in Saaho while Shraddha Kapoor is the heroine. The film marks her debut in South film industry. The movie is directed by Sujeeth who earlier made Run Raja Run. The movie was bankrolled by Vamshi and Pramod under UV Creations. The movie is releasing today in Telugu, Tamil and Hindi languages. The trailer generated huge hype on the film. The film's review is here. Read on.

The story takes place in Waji city backdrop. Ashok (Prabhas) is an undercover cop who investigates a robbery but it takes an unexpected turn. What is it? What did Ashok do? What happened in the end? Forms the story of the movie.

The star cast is undoubtedly an asset for this film. Prabhas is undoubtedly the show stealer of this film. The actor has worked really hard for this movie and each and every scene will showcase the efforts Prabhas has put in the film. Be it his dialogue delivery, action or expressions, Prabhas went under the skin of the character and will make us believe that no one else can pull off that role with such energy. Shraddha Kapoor's amazing performance added more strength for the film. She looked absolutely beautiful and also maintained captivating chemistry with Prabhas. Their scenes together will make the audience fall in love with them. Neil Nitin Mukesh in a negative shaded role breathes life into his character and the way he has carried his role is superb. Jackie Shroff and Mandira Bedi's screen presence can be considered as one of the major highlights of this film. Vennela Kishore and Tinnu Anand got interesting roles in the film and both justified their roles. Mahesh Manjrekar, Murali Sharma also delivered honest performances. The rest of the actors also acted naturally and made their presence felt.

The way director Sujeeth has narrated the story is not at all engaging. His storytelling skills are weak. He has executed the story in an unimpressive manner. The movie has not given a satisfying and thrilling ride for the audience. Each and every scene of the film will have its own importance but the audiences failed to understand the same. Production values by UV Creations and T-series are luxurious and can be marked as the biggest plus point for this film. Cinematography by R Madhi is top-notch. Each and every frame is beautiful and be it his camera angles or his stunning visuals, R. Madhi will give an eye feast for the audience. Background music by Ghibran is worth appreciating and made it even more easy for the audience to connect with the film. A song composed by Shankar Ehsaan Loy is also really good. Overall, the technical team did their best in providing top class output for the film.

Saaho has so many commercial elements and yet another passable flick. The movie lacks a solid storyline which will definitely leave an impact on the audiences. Each and every scene of the film has something to say but it was not conveyed to the audiences properly. The first 15 minutes of the film is boring but, the interval scene and the climax scene of the movie are handled well. There are a lot of flaws in the film and the director has failed to carve a perfect action thriller. Performances, breathtaking visuals, BGM can be considered as the major highlights of the film. The way the director has embedded a beautiful love story added no strength to the movie. On the whole, 'Saaho' is a wasted opportunity.