End of a dirty game in Karnataka 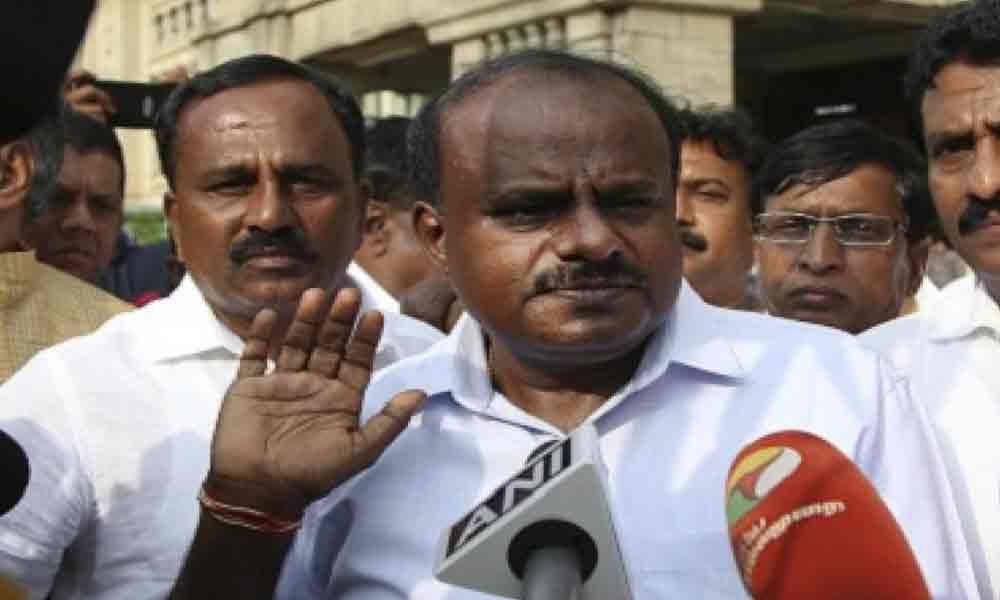 The 'conjugal bondage', between the Congress and JD(s) was not out of love, it was just a 'prestige' issue, somehow to restrain the single largest...

The "conjugal bondage", between the Congress and JD(s) was not out of love, it was just a 'prestige' issue, somehow to restrain the single largest party the BJP, which fell short of half a dozen seats to form the government during the Assembly elections in Karnataka in 2018.

However, the voters realised their mistake and voted in favour of the BJP, giving 25 out of 28 MP seats in the Lok Sabha polls in 2019. The mandate clearly reveals electorate to be in favour of development of the State and the nation, rather than the caste and dynastic politics of the JDS and the Congress.

The minor and weak alliance partner H D Kumaraswamy was at first happy to be in the 'driver's seat', but how can the brutal mighty majority partner keep quiet? Not a day passed without HDK shedding tears in privacy and even in public, how he was being harassed by the 'power-hungry' partner and felt like sitting on a throne of nails.

Why blame the BJP of poaching their MLAs? It was the Congress Home Minister M B Patil, who arranged for "no traffic" send off to the rebel MLA s to Mumbai, to bring down the HDK government. In this 'dirty political drama', the honourable positions of the Governor and the SC judges were maligned.

They should have rejected the petitions of the disgruntled politicians at the admission stage itself, as it is well established practice - 'good or bad', the Speaker of the House is the master and his word is final in the proceedings of the house.