Modi's return, a threat to democracy 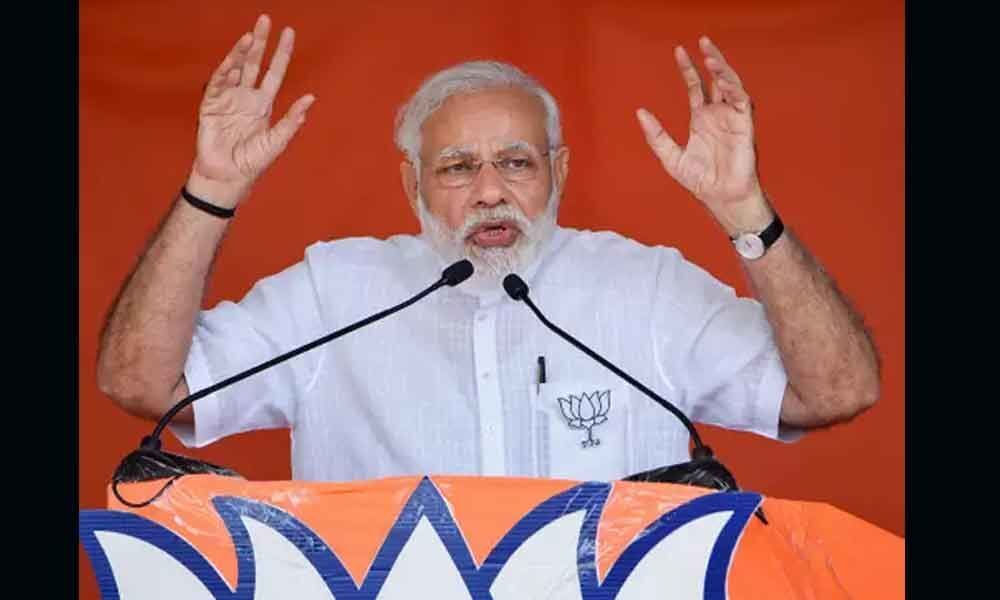 The massive road show by Prime Minister Narendra Modi and the cavalcade as part of the nomination gala took Varanasi by storm.

The massive road show by Prime Minister Narendra Modi and the cavalcade as part of the nomination gala took Varanasi by storm. Of course, BJP cannot be blamed or envied for events choreographed and telecast to appeal to the wider audience.

There is no denying the fact that the spectacle was staged to present Modi as a larger-than-life character. Modi must be made to tower over other leaders as he runs his party's campaign as one-man band and attempts a recreation of the 2014 Modi wave. He succeeds as both a marketer and a marketable product due largely to his identity as an avowed Hindu nationalist.

The 'Modi, Modi, Modi' chant is symptomatic of 'Modi worship syndrome'. Otherwise it signifies nothing. The superficial glitter of the events that eclipsed the real issues revived memories of the India Shining campaign.

A repetition of the 2004 upset defeat for the seemingly winning party cannot be ruled out. It is hard to describe the open display of awe and admiration for Modi without alluding to the 'personality cult'.

In Varanasi Modi clad in a saffron kurta looked like a quasi-religious figure displaying his piety for public consumption. He was chanting Vedic hymns and doing aarti.

It was as if he realized his childhood dream of becoming a sanyasi. He blended in well with the holy city painted saffron.

May be, he deemed his unapologetic Hindutva pitch necessary to offset the losses in the first three phases of polling. It is a given that Modi's popularity has slipped on account of the unfulfilled promises and unmitigated distress among the impoverished multitudes.

It is a sign of the times that observing religious rituals publicly has become the most effective way of electioneering. In any case, we oppose BJP's return to power because it won't be good for the country's continued existence as a secular democracy.