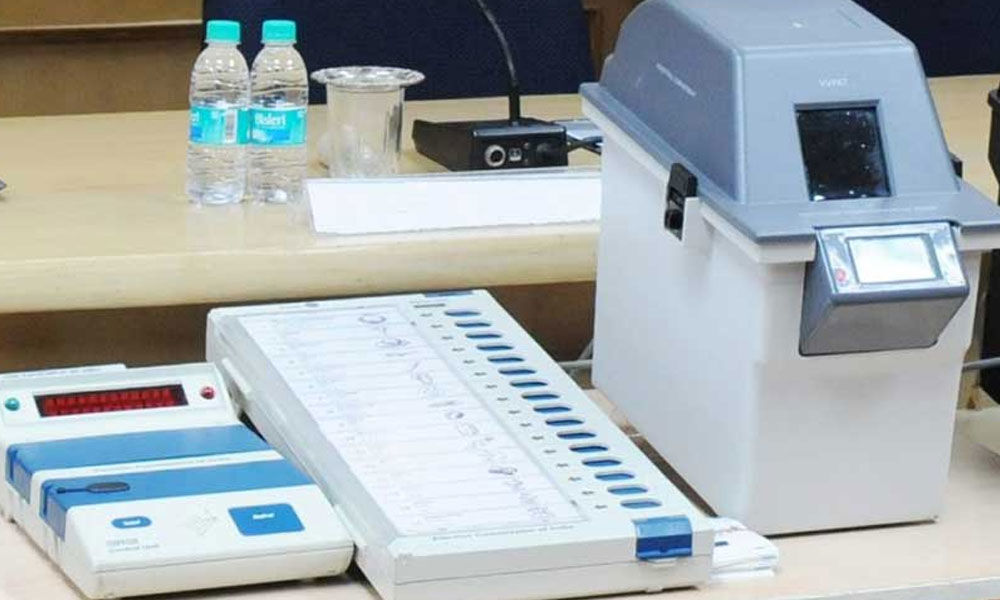 The architects of Indian Constitution have very rightly given every Indian citizen, the Right to Vote based on a principle of one man, one vote and...

The architects of Indian Constitution have very rightly given every Indian citizen, the Right to Vote based on a principle of one man, one vote and one value. That is one of the most valuable rights provided by the Indian Constitution. However, through these Electronic Voting Machine (EVM) scams, the very basic right of Indian citizens to choose the government of their choice through their votes, is being robbed away.

For the past few years, especially after the change in the government from 2014, there have been numerous cases of misuse of EVMs to benefit one political party that have come to the fore. In every case of the so-called 'faulty' EVMs, the beneficiary of the 'fault' seems to be just one party. Is this just a coincidence or it is well orchestrated design introduced in EVM's to benefit one party? With these EVM scams, the trust that Indian citizens had in the abilities of Election Commission of India to conduct free and fair elections in India, has been eroded.

Electronic Voting Machine is used in India for all elections including national, State and local levels. It is of concern that these machines and technology can be easily manipulated. People now have started believing that all the EVMs are now tampered to ensure the victory of their party at any cost. This loss of trust on the election process and thus on Election Commission of India, an independent Constitutional institution, rings a death knell of Indian democracy.

It is tantamount to murder of the Constitutional institutions and democratic process of choosing the governments through free and fair elections. In paper ballot, we have end to end trail and recounting is possible, whereas EVM's have multiple access points of vulnerability that can change the vote in favour of a particular candidate who is different from what the voter opted for.

Despite the Election Commission of India (ECI) and the State Election Commission assuring that EVMs are fault proof, it is mere assurance and almost all political parties in the past decade have demanded EVMs to be scrapped. It is pertinent to note that well-advanced countries like Canada, Netherlands, UK, Italy, France, Germany and other nations do not use EVMs and those who attempted the use of EVMs have found faults and have scrapped their use.

1. Netherlands banned it for lack of transparency.

2. Ireland, after three years of research worth 51 million pounds, decided to junk EVMs.

4. Italy also dropped e-voting since its results could be easily managed.

5. In the United States, California and many other States banned EVMs if they did not have a paper trail.

6. According to a CIA security expert, Venezuela, Macedonia and Ukraine stopped using EVMs after massive rigging was found.

The Election Commission of India claims that EVM's are tamper proof, yet it does not allow external agencies to verify. Paper ballot would be time consuming and expensive, but it is necessary. Why vote on a system we the people of India can't trust? Vote is the only thing a citizen has to make his or her voice and when there are many doubts on where it goes, we need to go back to a transparent system.

Election Commission of India says that paper ballot is a costly affair. When citizens are paying service taxes, etc and not seeing any benefits, they will surely and happily be able to pay additional cost of paper ballot and other costs of conducting paper ballot elections.Without paper ballot, the democracy is a fractured one and voting itself is an illusion.

In the recent Telangana elections also, there were several discrepancies between the votes polled and votes counted. A large number of EVMs malfunctioned and certainly all these have resulted in serious concern about the EVMs functioning. A discrepancy of even one vote between votes polled and votes counted is unacceptable. This is not an unreasonably high standard, but one followed by democracies worldwide.

I therefore request the people of Telangana and India not to think on party lines but think at a higher level for strengthening democracy. I urge you to think why most developed nations don't use EVMs? No matter who wins an election, but the winner has to be the real representative of people and not one managed and assigned by faulty software.

People blame voters when they see criminals are elected. But it may not be voters' fault. They may very well have chosen a clean candidate, but it is nexus of criminal elements who have mastered the art of EVM tampering and it is high time that we go back to a tried, tested and proven paper ballot.