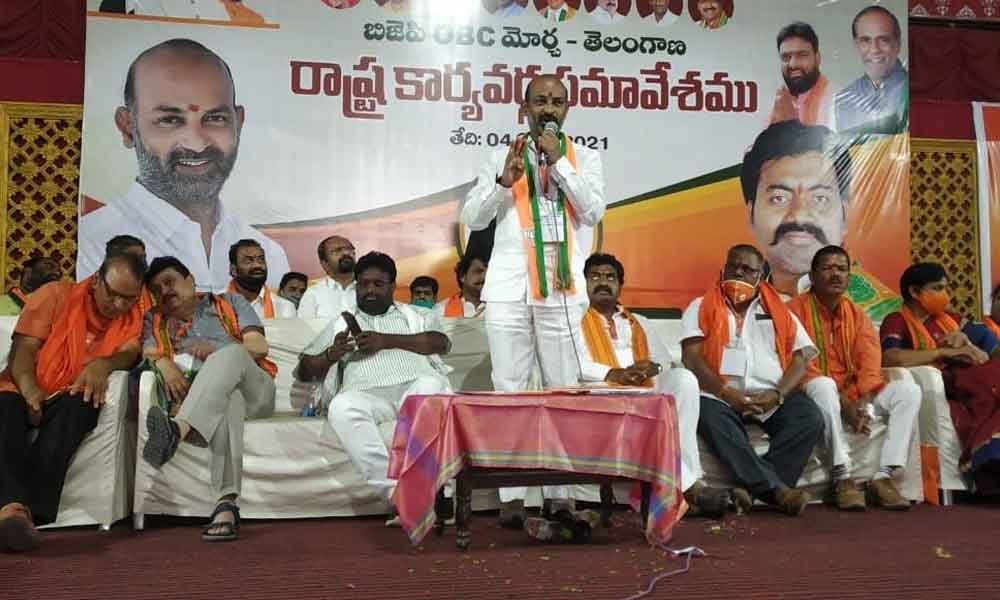 Adding that TRS is lobbying to save its MLAs from the drugs cases in Karnataka, the State BJP chief demanded the TRS president to call for the resignation of the four MLAs and ask them to surrender before the investigating authorities probing the drug cases in Karnataka.

Bandi said that after the ruling party leaders alleged involvements in running pubs, clubs, land and sand dealings, now, "fingers are pointed at the TRS MLAs involved in the drug cases." The Karimnagar MP further alleged the involvement of a key leader, Minister and MLAs in a drug deal which they have been operating from a hotel in the city. Referring to the drug cases involving the film personalities from Bollywood, he said, "The issue had created headlines for a week. After that, there is no word about the same. What happened to the drug cases involving movie artistes?" he asked.

He further alleged that TRS had resorted to blackmailing those involved in the case asking them to either extend their support to it or pay hefty sums to free themselves from the case.