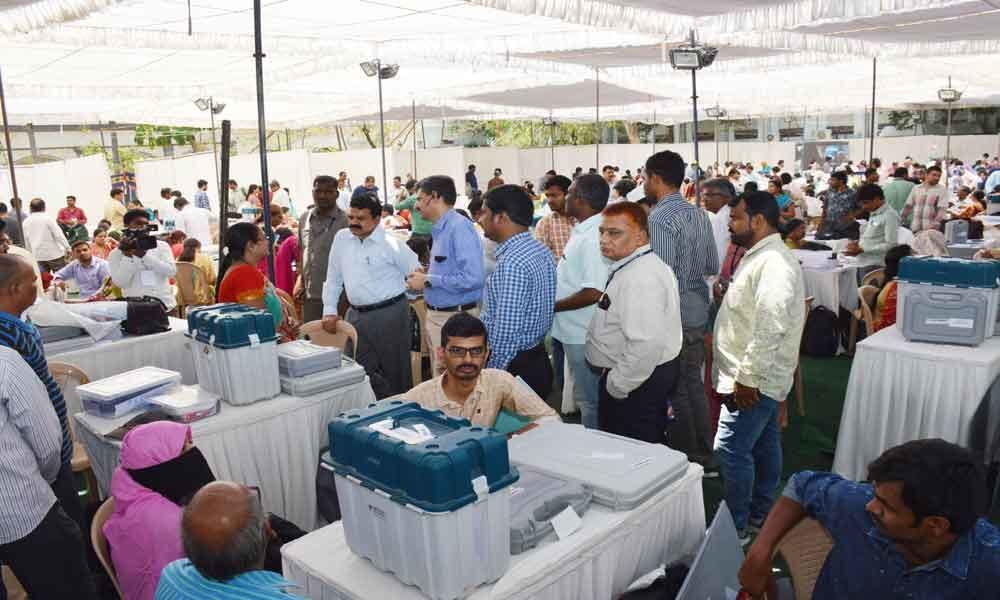 Speaking during inspection, MV Reddy said POs and APOs play a crucial role in the election process. He instructed the poll staff to take proper measures for safety of EVMs until the machines are returned to DRCs. He said that all the facilities such as toilets, drinking water, power are being provided at polling stations. Necessary measures have taken to ensure that women employees on poll duty face no problems.

He warned that necessary legal action would be taken against absentee employees who were assigned poll duties. Action would also be initiated against those who have shown negligence with regards to use of EVMs in the assembly elections, he said. He suggested POs, APOs, OPOs, and other team members to form Whatsapp group to clear any doubts regarding conduct of elections smoothly. He advised poll staff to keep in mind previous experiences and take necessary preventive measures to avoid such issues.

He instructed all POs, APOs and OPOs to be present while submitting EVMs at the reception center after the elections. He instructed the polling staff to conduct mock poll in the presence of candidate on the polling day before polling begins. To monitor polling, video recording and web casting would be done at some sensitive polling centres, he said.

He urged polling staff to take all the measures for peaceful conduct of elections as per the EC norms. In case of long queues, voters can be given tokens and asked to sit, he advised polling staff. Among those who were present on the occasion include Cantonment ARO Chandrashekhar, AARO Pandu, and other election officials.