National Institute of Nutrition to conduct study to prevent stunting 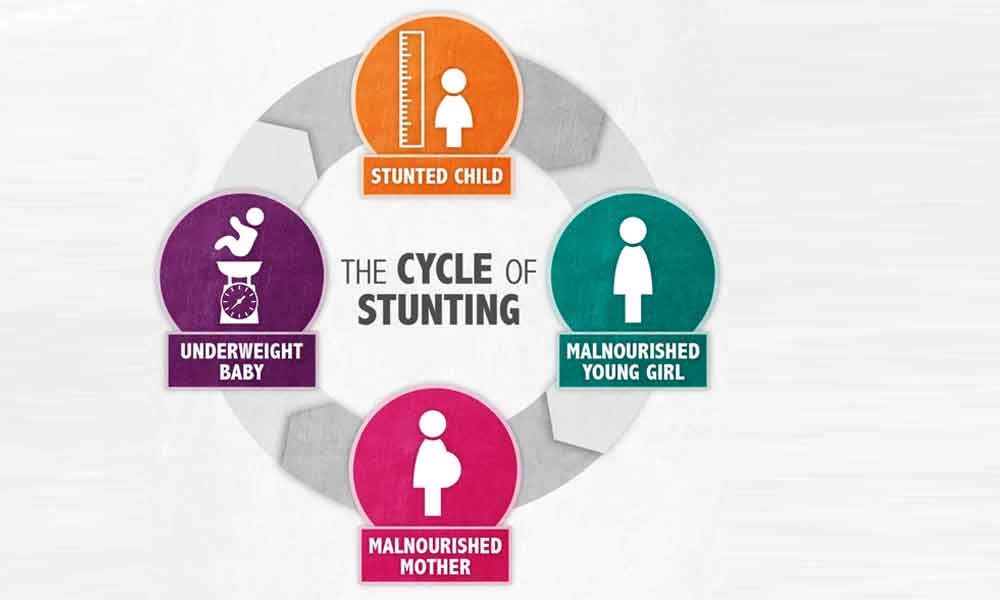 Stunting is one of the important nutritional problems in India currently as per the latest national family health survey about 38% of children in India are stunted.

Hyderabad: Stunting is one of the important nutritional problems in India currently as per the latest national family health survey about 38% of children in India are stunted. Stunting is a result of poor adverse environment for children which include lack of nutritious food, low birth rate because of the mothers are undernourished, poor sanitation, and infectious disease.

The National Institute of Nutrition (NIN) is going to start a cohort study, where they will enroll pregnant women and follow the children until two years of age in Addagutta slums. Speaking to The Hans India in a conference at the fourth Annual Agriculture, Nutrition, and Health (ANH) Academy Week in Hyderabad, Dr Bharati Kulkarni, Deputy Director of NIN said, "When a child is sick the appetite goes down the child doesn't eat nutritious food.

Reducing stunting requires improvement in dietary intake, sanitation also requires improvement in mothers nutrition unless the mothers are well nourished the child will not be well nourished. The children who are undernourished at birth tend to have a higher risk of stunting. Stunting is linked with poverty and sanitation as it is more in the slum and in the rural areas the rates of stunting is much lower in the middle class and urban people."

"Although it is easy to improve the weight of the child but it is difficult to improve the height of the child. Many of these studies where they had given food supplementation or they had given single nutrient like zinc supplementation or had given nutrition education on how to feed your child. So, most of the studies have shown to failed a remarkable impact. The impact which was seen was very minimal because they targeted only one intervention that has happened in the past three decades." added Bharati Kulkarni.

The study is going to develop a cohort of 500 women starting from the second month of their pregnancy and following the mother after the child is born until the child becomes two years of age. They are doing this study in India, Indonesia and Senegal (West Africa) and will be collecting genetic markers as it is all linked with environment-gene interaction. After they collide all the data they can better understand the causes of stunting and decide at which age or which stage of pregnancy intervention needs to be there and at what time point.