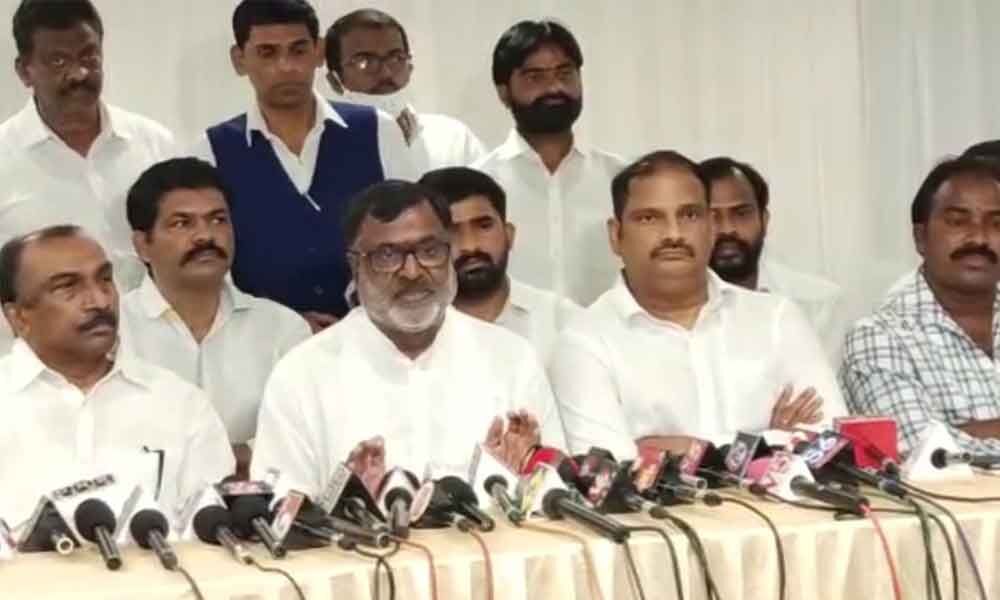 Konda Raghava Reddy, a key leader in YS Sharmila camp, speaking to the media in Khammam on Thursday

Khammam : All arrangements have been made for YS Sharmila's Sankalpa Sabha to be held at Pavilion Grounds in Khammam city on Friday (April 9), informed...

Khammam : All arrangements have been made for YS Sharmila's Sankalpa Sabha to be held at Pavilion Grounds in Khammam city on Friday (April 9), informed Konda Raghava Reddy, a key leader of Sharmila camp. The meeting will commence at 5 pm, following Covid-19 norms, he said during a press meet here on Thursday.

Informing that YS Vijayamma, wife of former Chief Minister late YS Rajasekhara Reddy, will attend her daughter Sharmila's Sabha, he appealed to YSR followers and YSRCP leaders to give a grand welcome to them. Raghava Reddy urged the leaders to attend the meeting in large numbers and to make it a grand success, and to bring Rajanna palana in the State.

He alleged that the people of the State were vexed with both the TRS and BJP governments and people want to have a change of political atmosphere in the State. The people are being cheated by the TRS for the last seven and half years, he added.

Reddy pointed out that the Central government didn't give even a single national project to Telangana for the last 10 years. He appealed to the people to extend support to Sharmila's Sankalpa Sabha and bless her.

Leaders of Sharmila camp B Anjan Raju, Rosi Reddy and others were present at the press meet.