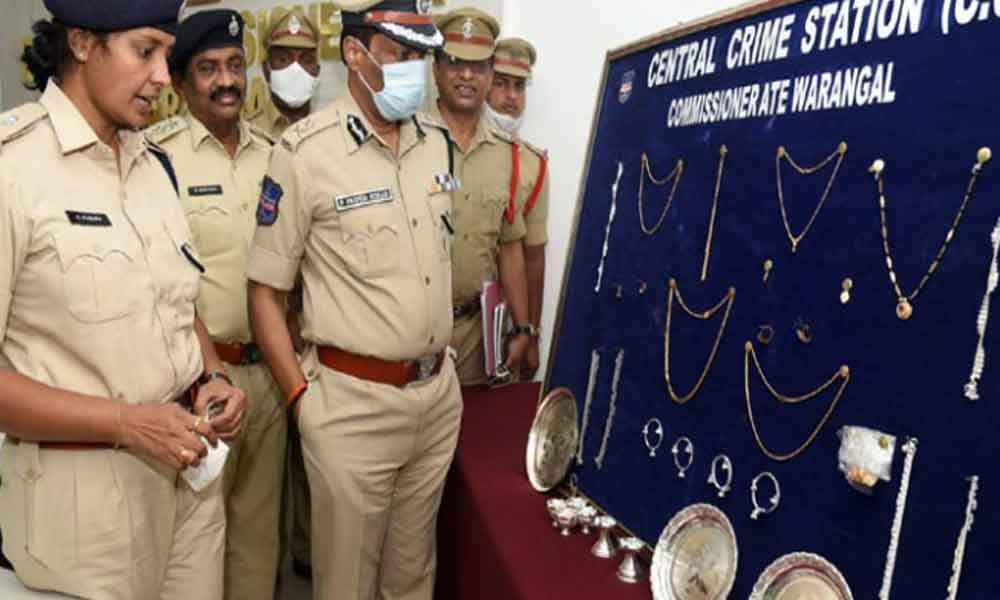 A house burglar who was involved in multiple thefts has been arrested by the Central Crime Station (CCS) and Madikonda police on Thursday.

A house burglar who was involved in multiple thefts has been arrested by the Central Crime Station (CCS) and Madikonda police on Thursday. The police recovered 119 grams of gold jewellery, half a kilo of silver ornaments and a two-wheeler, all worth about Rs 7.40 lakh from him.

The arrested, identified as Sadu Raju is a native of Chennaraopet village of Warangal Rural district. He was caught by the police while he was leaving for Hyderabad from Hanamkonda.

Disclosing the case details, Warangal Police Commissioner P Pramod Kumar said that Sadu Raju was arrested several times by the police and sent to jail for committing thefts under Nallabelli, Duggondi, Narsampeta, Chennaraopeta and Geesugonda police stations limits from 2008 to 2020.

"He was released on bail after serving his sentence until December 4 from Warangal Central jail. Raju has not mend his ways after being released from jail and continued to commit thefts by targeting the locked houses," the CP said.

The CP further said that he committed a total of seven thefts -- two thefts were reported in Madikonda PS limits, one each was reported under KUC, Subedari, Mills Colony, Narsampeta and Parkal police stations limits.