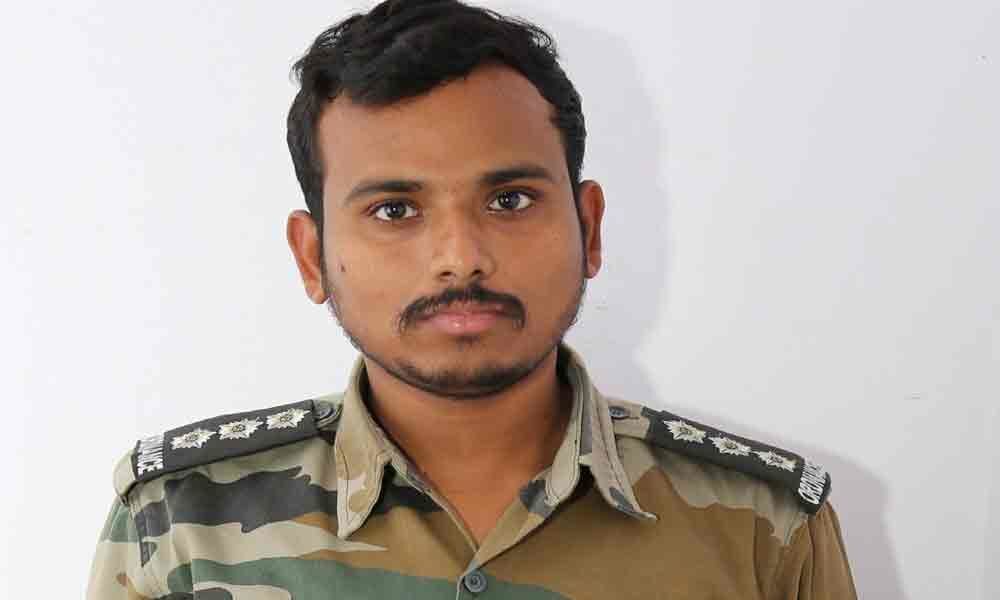 A desire to become a police officer and failures in different competitive exams turned a youngster into a cheat.

Hyderabad: A desire to become a police officer and failures in different competitive exams turned a youngster into a cheat. After going through depression since his friends reached high positions, accused Karnati Guruvinod Kumar Reddy (25) hatched a plan to pose himself as an Air Force Flying Officer, IPS Officer, and Assistant Commandant of NIA.

Lastly, a wish to show off his position among the friends and relatives, made him to cheat his parents also by posing himself as an IPS officer. Even after being arrested a couple of times and released from jail, he continued the same and cheated the innocent people and threatening the police officials to do his personal works.

According to City Police Commissioner Anjani Kumar, the accused is unemployed and hails from YSR Cuddapah district in Andhra Pradesh. Since his father was an ex-Army service man, the accused is having passion to work in the Police department from his school days and wanted to become an IPS officer. He shifted to Hyderabad in 2017 and took Civil Services coaching. Many of his friends selected in the Police and other departments but he failed to get the job.

Even after taking coaching for many years he was unable to clear the competitive exams such as UPSC, IFS, SSC-CGL, APPSC (Group-I) and SI recruitment. When his village friends and family members enquired about his job, to save his face he hatched a plan and first created one fake ID card of Air Force Flying Officer and showed the same ID card to them and posed himself as Air force officer and fake ID cards of IPS officer, NIA officer etc.

On Thursday, the Central Zone Task Force sleuths arrested the accused Karnati Guruvinod Kumar Reddy at Chikkadpally for cheating his friends and relatives by introducing himself as Additional Superintendant of Police in the National Investigation Agency (NIA), Hyderabad. They seized one dummy pistol, 2 fake rubber stamps of NIA, 1 fake ID card, 3 NIA dairy, 1 laptop, 1 I-Pad, 4 binoculars and 6 cell phones from his possession.