2 American teens jailed in Italy over murder of policeman 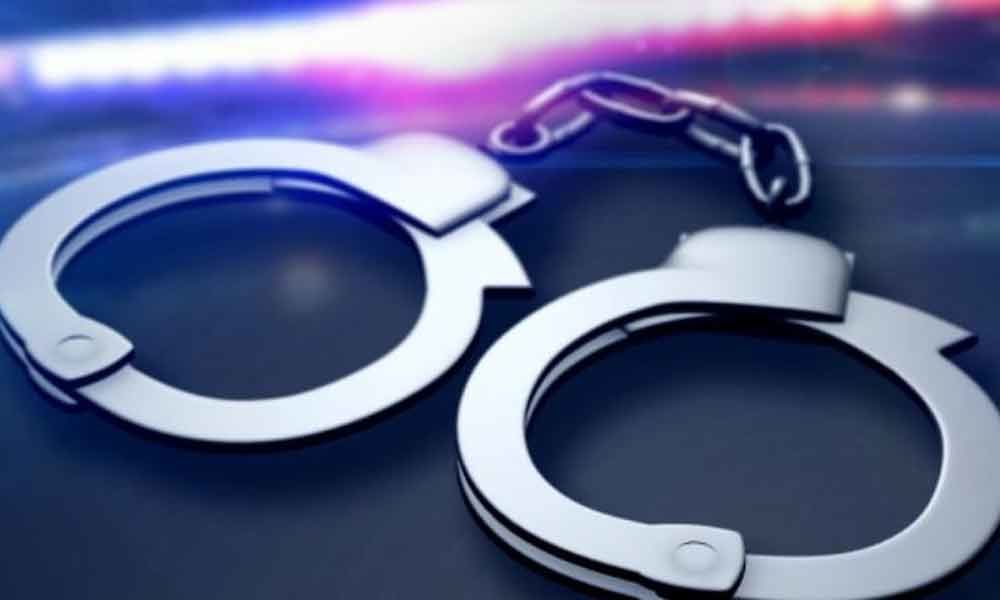 Investigators contended in written statements Saturday that the pair had confessed to their roles in the grisly slaying.

Rome: Two American teenagers who were classmates at a California high school spent a second night Saturday in a Rome jail after they were interrogated for hours about their alleged roles in the murder of an Italian policeman.

Investigators contended in written statements Saturday that the pair had confessed to their roles in the grisly slaying.

Vice Brigadier Mario Cerciello Rega, a member of the storied Carabinieri paramilitary corps, was stabbed eight times, allegedly by one of teens, leaving him bleeding on a street close to the teens' upscale hotel near Rome's Tiber River.

Italian authorities identified the two as Gabriel Christian Natale Hjorth, 18, and Finnegan Lee Elder, 19, and said both were born in San Francisco.

Police said they were vacationing in the Italian capital without family members. In the detention order, Elder is described as repeatedly stabbing the 35-year-old officer, who had just returned to duty a few days earlier from his honeymoon.

Investigators said Cerciello Rega, along with another Carabinieri officer, were both in plainclothes when they confronted the Americans about 3 a.m. Friday in the wake of a drug deal gone wrong. Natale Hjorth was described in the document as having repeatedly punched Cerciello Rega's partner.

Under Italian law, persons participating in a killing, but who didn't actually carry out the slaying itself, risk still being charged with murder. Both suspects are also being investigated for attempted extortion. Mario Cerciello Rega, beloved for his charity work with the homeless and the ailing, was praised as a hero for trying to help keep Rome's streets safe.

Photos of the officer, wearing his uniform for his wedding and showing off his wedding band as he sat next to his beaming bride, dominated the front pages of many Italian newspapers Saturday. Parents with their children left bouquets of flowers at the bloodstained site. Authorities vowed that justice would be done. "Hoping that the killer of our poor Carabiniere never gets out of prison, I remind do-gooders that in the United States, whoever kills risks the death penalty," tweeted Interior Minister Matteo Salvini, who is also in charge of state police, another national Italian police corps.

"I'm not saying we're get to that, but yes to a life in prison (in labor, obviously)." Like all European Union countries, Italy doesn't have the death penalty. Elder's lawyer, Francesco Codini, said his client had exercised his right not to respond to questions during a detention hearing Saturday. Codini declined to say anything more out of "respect for the family" of the slain officer.

Asked how Elder was doing psychologically, he replied with one word: "worn-out." Natale Hjorth's lawyer didn't speak to reporters waiting outside the jail after the hearing. The judge left without indicating when she might rule.

An Italian investigator said the pair had snatched the bag of a drug dealer in Rome after the man apparently gave them a different substance instead of the cocaine they were seeking. The person spoke on condition of anonymity since the probe is ongoing. In a statement, the Carabinieri contended that the Americans demanded cash and cocaine to return the knapsack.

They said the bag, with a phone inside, was snatched from an Italian man. The Americans, police said, "threatened to not give it back to him without payment of 100 euros and a gram of cocaine."

Earlier, the man had been described as a drug pusher who swindled the Americans. It wasn't immediately clear it the Italian was the pusher or was somehow involved with him. The bag's owner reported the theft, and the plainclothes officers were sent to the site of the drug exchange to allegedly turn over the bag for ransom, the statement said.

The Americans, "even though the officers identified themselves as being Carabinieri, didn't hesitate to engage in a struggle, culminating in the mortal wounding" of the policeman, the statement said. Italian police officers carry guns but it was unclear why they weren't used.

The Carabinieri said surveillance cameras and witnesses helped them identify and find the Americans. While searching their hotel room, police said, investigators found a long knife hidden inside the room's dropped ceiling.

Also found were clothes worn during the attack, police said. The Carabinieri statement said the Americans during their interrogation and confronted with "hard evidence," had "confessed to their blame."

This case could spark comparisons to another spectacular slaying investigation involving a young American in Italy. Amanda Knox was an American university student in Perugia when she was initially accused in the 2007 stabbing death of her British flat roommate Meredith Kercher.

She was convicted but ultimately acquitted Italian media focused on Knox, largely ignoring the horrible fate of the Briton. In contrast, a decade later, the murder victim is an Italian policeman at time when Salvini's law-and-order right-wing party is soaring in popularity. "Hero of the Fatherland, justice for Mario," read a note, signed by the "neighborhood citizens" and left near the scene of his death.