China urges Donald Trump to keep his word on Huawei 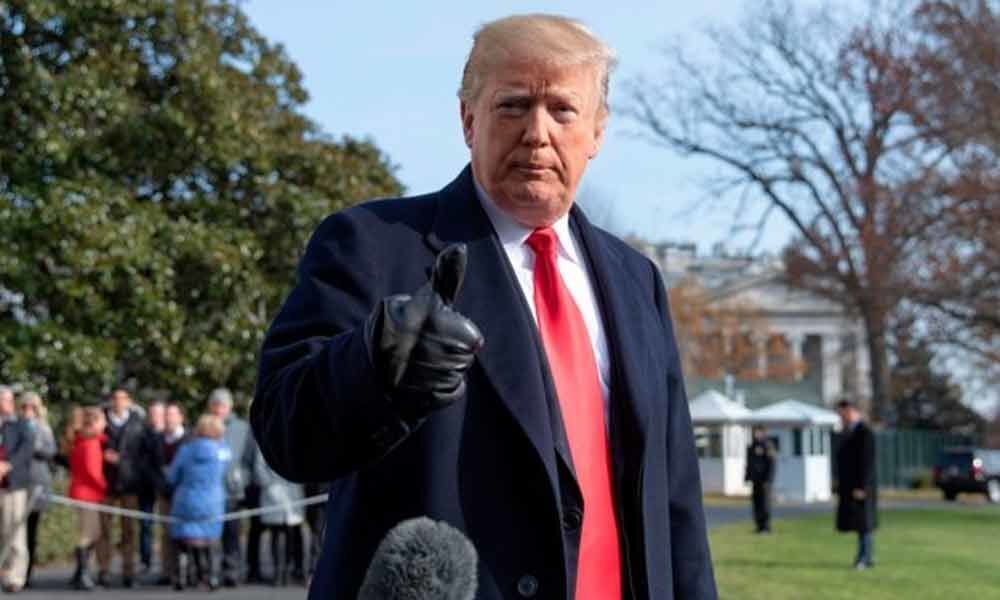 China on Monday urged US President Donald Trump to keep his word and allow companies in America to do business with Chinese tech giant Huawei, which was banned under trade restrictions put in place by Washington in May.

Beijing: China on Monday urged US President Donald Trump to keep his word and allow companies in America to do business with Chinese tech giant Huawei, which was banned under trade restrictions put in place by Washington in May.

The development comes after Trump on Sunday cast doubt on the possibility of conducting any kind of business with Huawei right before his administration was set to announce whether it was extending a temporary reprieve, set to expire on Monday, of the ban on American companies from buying the tech giant's components, Efe news reported.

"Huawei is a company we may not do business with at all," Trump told mediapersons before departing from Morristown, New Jersey.

The President insisted that the Chinese company was a threat to national security and said he would take a decision on the matter later.

"So at this moment it looks like we are not going to do business, I don't want to do business at all because it is a national security threat," he added.

Reacting to Trump's remarks, Chinese Foreign Ministry spokesperson Geng Shuang said here on Monday: "During the Chinese and US presidents' meeting in Osaka, the US said it will allow US companies to supply Huawei. When and how will it honour its commitments? Concerns the US' own reputation and credibility.

"The world is watching, we hope the US can keep its words and stop the unreasonable oppression and sanctions on Chinese companies including Huawei."

The commitments Geng referred to were made when Trump and his Chinese counterpart Xi Jinping agreed to a new truce in the ongoing trade war between their countries during the recent G20 summit in June.

Following the truce, Washington delayed the imposition of new tariffs on China and agreed to temporarily allow Huawei to sell small components, such as computer chips, to US companies.

In May, Washington banned Huawei from selling its telecommunications equipment to American companies, alleging that the Chinese giant could use those systems for espionage.

On July 22, executives of seven tech giants asked Trump to take a decision on Huawei's trading activity in the US, the White House said in a statement at the time.

That day, the US President met executives from Google, Intel, Cisco, Qualcomm, Micron, Broadcom and Western Digital at the White House to discuss the ban on Huawei.

During the meeting, the tech companies' executives requested that the Department of Commerce take "timely licensing decisions" regarding the restrictions on Huawei.

US media outlets, including The Wall Street Journal, had revealed earlier that the Department of Commerce was considering extending the reprieve given to Huawei for another 90 days.