'I am No 1 on Facebook, Modi No 2', says Trump ahead of India visit 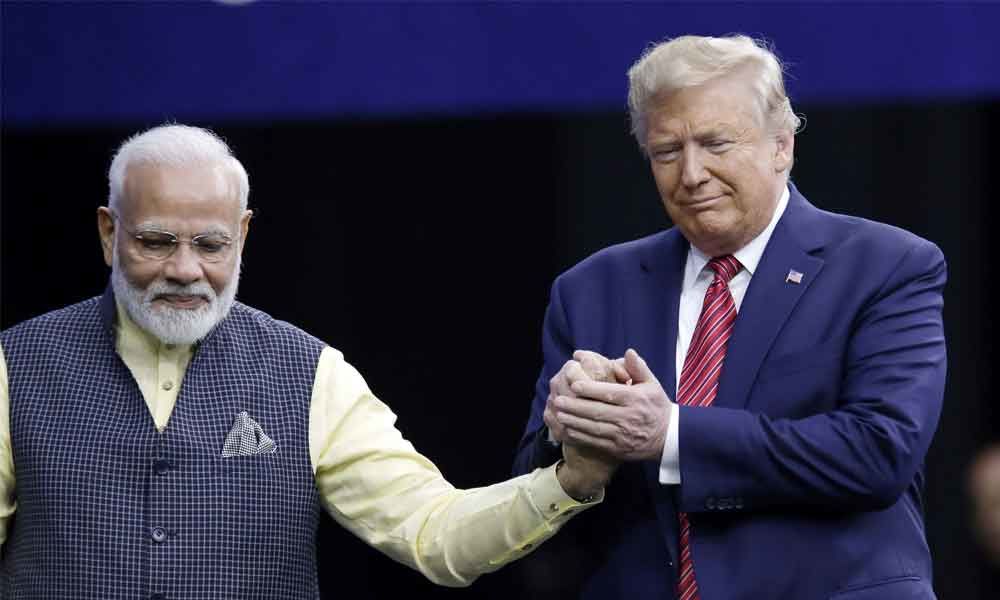 US President Donald Trump has said it is a great honour that Facebook has ranked him number one and Prime Minister Narendra Modi number two on their...

Washington: US President Donald Trump has said it is a great honour that Facebook has ranked him number one and Prime Minister Narendra Modi number two on their popularity on the social networking site, ahead of his maiden visit to India.

Trump and First Lady Melania Trump will pay a state visit to India on February 24 and 25 at the invitation of Prime Minister Modi, it was announced this week.

Taking to Twitter, he claimed to be the number one on Facebook, citing a remark of Mark Zuckerberg, co-founder and Chief Executive Officer of the social media company.

"Great honour, I think? Mark Zuckerberg recently stated that "Donald J Trump is Number 1 on Facebook. Number 2 is Prime Minister Modi of India." Actually, I am going to India in two weeks. Looking forward to it!" Trump tweeted on Saturday.

This is not the first time that the US President has claimed to be the number one and Prime Minister Modi number two on their popularity on Facebook.

Last month in an interview to CNBC TV on the sidelines of the World Economic Forum in Davos, Trump said: "I'm No 1 on Facebook, you know who's No 2? Modi from India".

During his visit to India, Trump, in addition to New Delhi, will also visit Ahmedabad to address a joint public meeting with Modi at a newly-built stadium. This would be president's first bilateral visit in the third decade of 21st century and also the first after his acquittal by the Senate in the impeachment trial.

Trump is expected to get a roaring welcome by lakhs of people when he arrives in Ahmedabad, Gujarat.

He along with Prime Minister Narendra Modi are expected to deliver a historic speech in front of hundreds and thousands of people at the newly-built Motera Stadium, the largest cricket stadium in the world.