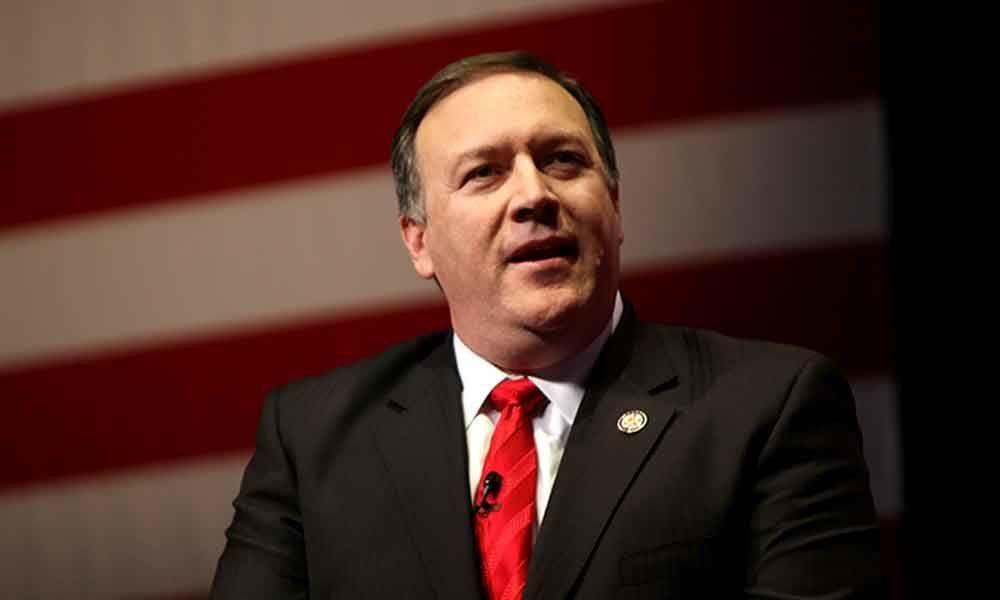 Pompeo congratulated the US mission in the UN which took the lead in America's diplomatic effort to designate Azhar as a global terrorist.

WASHINGTON: Welcoming the move to designate Pakistan-based JeM chief Masood Azhar as a global terrorist, US Secretary of State Mike Pompeo said that it is a victory for the American diplomacy and the international community against terrorism.

Pompeo also congratulated the US mission in the UN which took the lead in America's diplomatic effort to designate Azhar as a global terrorist, after China finally lifted its nearly 10-year technical hold on such an effort by India, the United States and other permanent members of the Security Council including Britain and France.

"Congrats to our team @USUN for their work in negotiating JEM's Masood Azhar's #UN designation as a terrorist," Pompeo tweeted.

"This long-awaited action is a victory for American diplomacy and the international community against terrorism, and an important step towards peace in South Asia," Pompeo said.

The UN sanctions committee on the Islamic State and Al-Qaeda on Wednesday announced the designation of Azhar, leader of Jaish-e-Mohammed (JeM), over its ties to Al-Qaeda.

The JeM has claimed responsibility for the Pulwama suicide attack that killed 40 CRPF soldiers and led to a spike in military tensions between India and Pakistan.

Masood Azhar's global terrorist designation by the UN demonstrates the international commitment to rooting out terrorism in Pakistan and bringing security and stability to south Asia, the White House said.

The US commends the United Nations Security Council 1267 Sanctions Committee for the designation of Azhar, the leader of JeM, a UN-designated terrorist group that was responsible for the February 14 terrorist attack in Kashmir that killed over 40 Indian security personnel, Marquis said in a statement.

Meanwhile, State Department spokesperson Morgan Ortagus said that the JeM has been responsible for numerous terrorist attacks and is a serious threat to regional stability and peace in South Asia.

"The JeM was designated by the United States as a Foreign Terrorist Organization and Specially Designated Global Terrorist (SDGT) in 2001 and has been listed by the UN since 2001," she said.

The US also designated Azhar as an SDGT in 2010.

"As JEM's founder and leader, Azhar clearly met the criteria for designation by the UN.

This listing requires all the UN member states to implement an asset freeze, a travel ban, and an arms embargo against Azhar.

We expect all countries to uphold these obligations," Ortagus said.

Today's designation is an important step in promoting a peaceful and stable South Asia, she said.

"In line with this vision, we appreciate Pakistani Prime Minister Khan's stated commitment that Pakistan, for the sake of its own future, will not allow militant and terrorist groups to operate from its territory," Ortagus said.

The spokesperson said that the US looks forward to further and sustained actions from Pakistan as outlined in its National Action Plan consistent with its international obligations.

The US, France along with the UK had moved the proposal to designate Azhar as a "global terrorist" in the UN Security Council's 1267 Al Qaeda Sanctions Committee in February, just days after the deadly Pulwama terror attack.

A veto-wielding permanent member of the UNSC, China was the sole hold-out in the 15-nation body on the bid to blacklist Azhar, blocking attempts by placing a "technical hold" and asking for "more time to examine" the proposal.