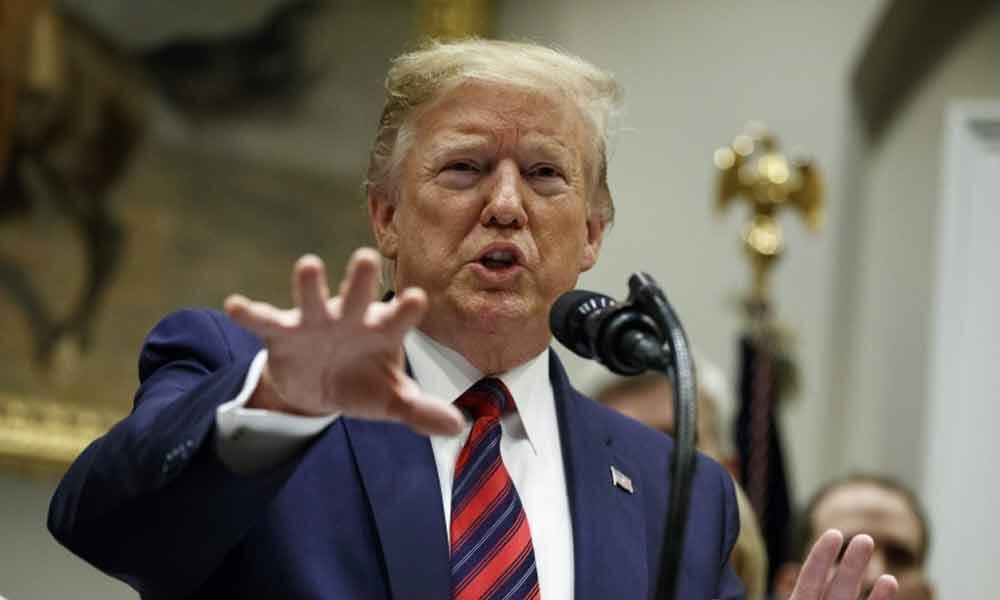 Kim has accused Washington of acting in "bad faith", and given it until the end of the year to change its approach.

WASHINGTON: US President Donald Trump said Friday that North Korea's recent missile tests were not a "breach of trust."

"They're short-range and I don't consider that a breach of trust at all. And, you know, at some point I may. But at this point no," he said in an interview with Politico.

"These were short-range missiles and very standard stuff. Very standard."

"Pyongyang fired two short-range missiles Thursday following an earlier drill on Saturday. The North had not launched any since November 2017, shortly before leader Kim Jong Un embarked on diplomatic overtures. Trump, who has said that he and Kim have a good relationship, added that he might eventually lose faith in the North Korean leader.

"I mean it's possible that at some point I will, but right now not at all," he said.

Kim declared an end to the testing of nuclear weapons and long-range missiles during a rapid rapprochement last year, paving the way for his first summit with Trump in Singapore in June.

But a second summit between the two mercurial leaders in Hanoi in February broke up without a deal after they failed to agree on what Pyongyang would be willing to give up in exchange for sanctions relief.

Since then Kim has accused Washington of acting in "bad faith", and given it until the end of the year to change its approach.