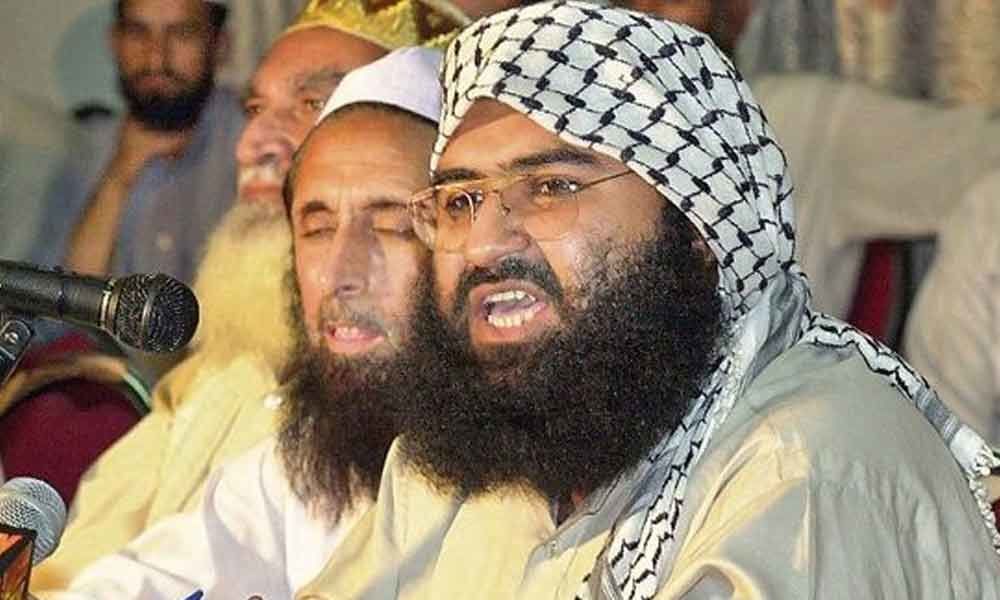 Pakistan has issued an official order to freeze the assets of and impose a travel ban on JeM chief Masood Azhar after the UN declared him a “global terrorist”.

Islamabad: Pakistan has issued an official order to freeze the assets of and impose a travel ban on JeM chief Masood Azhar after the UN declared him a "global terrorist".

Pakistan-based Azhar is also banned from selling or purchasing arms and ammunition. The UN sanctions committee on the Islamic State and Al-Qaeda on Wedn-esday announced the designation of Azhar, leader of Jaish-e-Mohammed, over its ties to Al-Qaeda.

The JeM has claimed responsibility for the Pulwama suicide attack that killed 40 CRPF soldiers and led to a spike in military tensions between India and Pakistan.

The Security and Exchange Commission of Pakistan (SECP) ordered all non-banking financial institutions and regulating authorities on Thur-sday to block all investment accounts of Azhar.

The SECP ordered that all companies should scan their data and inform the SECP within three days about the necessary action being taken against the accounts of Azhar.

An official of interior ministry said that Azhar was already on the Fourth Schedule of the Anti Terrorist Act (ATA) and could not travel without permission of the police. He was also barred from having any weapons due to the listing under the ATA. His name was also already on the list of proscribed persons maintained by the National Anti-Terrorist Authority.

According to foreign office spokesman Mohammad Faisal, Pakistan will fully cooperate with the international community. Pakistan's foreign ministry, in a notification on Wednesday said: "the Federal Government is pleased to order that the Resolution 2368 (2017) be fully implemented" against Azhar."