Terror attacks drop, but Pakistan 'not out of the woods' 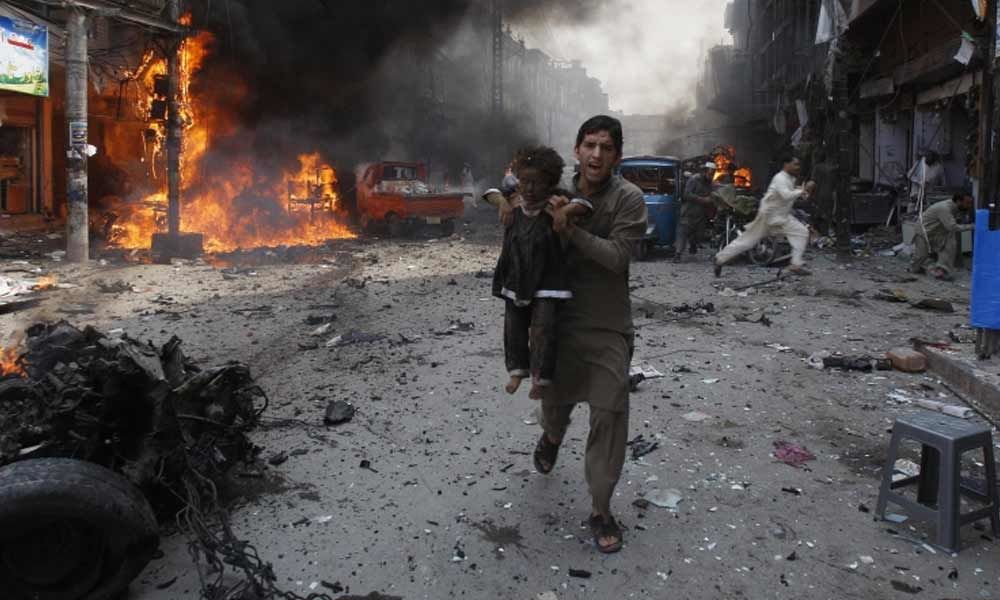 Terror attacks in Pakistan plummeted by more than 85 per cent over the last decade.

Gujranwala: Terror attacks in Pakistan plummeted by more than 85 per cent over the last decade. It's a welcome statistic for the country, but one that risks being overshadowed by international concern over its efforts to curb terror funding and lingering militant activity that could test any future peace agreement in neighbouring Afghanistan.

The tally, put together by Pakistani think tanks, found terror attacks dropped from nearly 2,000 in 2009 to fewer than 250 in 2019, a steady decline that underscores the long-haul nature of fighting terror. But a Paris-based international watchdog said in October that Pakistan was not doing enough to stop terror financing. The group meets next month to decide whether the country should be downgraded from a "gray" status to "black," alongside Iran and North Korea, a step that could pose a challenge to Pakistan's economy.

Pakistan's militant groups are often interlinked with those across the border in Afghanistan, so its progress at reining in terror is critical, particularly as Washington seeks to secure a deal with the Afghan Taliban to bring an end to the 18-year war, America's longest military engagement. "The sharp decrease in terrorist violence, which we began to see in 2014, is nothing short of remarkable," said Michael Kugelman, Asia Program Deputy Director at the Washington-based Wilson Center. But, he cautioned, "Pakistan is certainly not out of the woods yet." Last year, the Financial Action Task Force, or FATF, the watchdog that monitors terror financing, said Pakistan had fully implemented only one item from a list of 40 measures to curb terror financing and money laundering.

The other 39 measures were either partially implemented or in some cases overlooked entirely. If Pakistan is blacklisted, every financial transaction would be closely scrutinized, and doing business with the country would become costly and cumbersome. Pakistani officials say they are working to meet the task force's demands and expect to avoid a blacklisting at the crucial meeting in Paris in February. Earlier this month, Pakistan's economic affairs minister held a preliminary meeting with a FATF regional affiliate to make a case for removal from the so-called "gray" list. Pakistan's military and intelligence have long been accused by Washington, as well as by Pakistan's neighbours, of supporting some militants while attacking others.

Over the last two decades, successive American administrations have pressed Islamabad to crack down on terror. Pakistan points to its more than 4,000 military casualties since the 2001 start of the so-called war on terror — higher than the U.S. and NATO deaths combined — as proof of its commitment. Over the past decade, Pakistan has been home to a large array of militant groups with multiple and sometimes overlapping motives. Some have targeted the government or unleashed horrific bombings and attacks on the country's religious minorities. Others are connected to anti-US militant organizations in Afghanistan or have focused their attacks on Pakistan's historic rival India, particularly in the disputed region of Kashmir. Since early last year, Pakistan has banned 66 organizations declared as terrorist or terrorist-supporting groups and listed an estimated 7,600 individuals under its anti-terrorism act.

In a surprisingly tough ruling, a court last week handed jail sentences of more than 55 years to dozens of extremists who destroyed cars and storefronts protesting the acquittal of a Christian woman on blasphemy charges. Pakistan's Prime Minister Imran Khan promised "zero tolerance" for extremists after several attacked a Sikh shrine earlier this month in southern Punjab province. Yet extremist groups and ideologies still find fertile ground in Pakistan. Pakistan-based organizations like Lashkar-e-Taiba or Jaish-e-Mohammed, which claimed responsibility for a suicide attack last year in Kashmir, have been banned only to be resurrected under new names.

"Radicalization and terrorism remain very real threats, even if the main perpetrators of terror have become shadows of their former selves," Kugelman said. Amir Rana, executive director of the Islamabad-based Pakistan Institute for Peace Studies, one of the groups which released a report on the decreasing attacks, said the decline was indicative of the long-haul nature of fighting terror and those who perpetrate it. He said it involves years of surveillance, military counterterrorism offensives and a counterterrorism strategy that seeks to identify and curb funding.