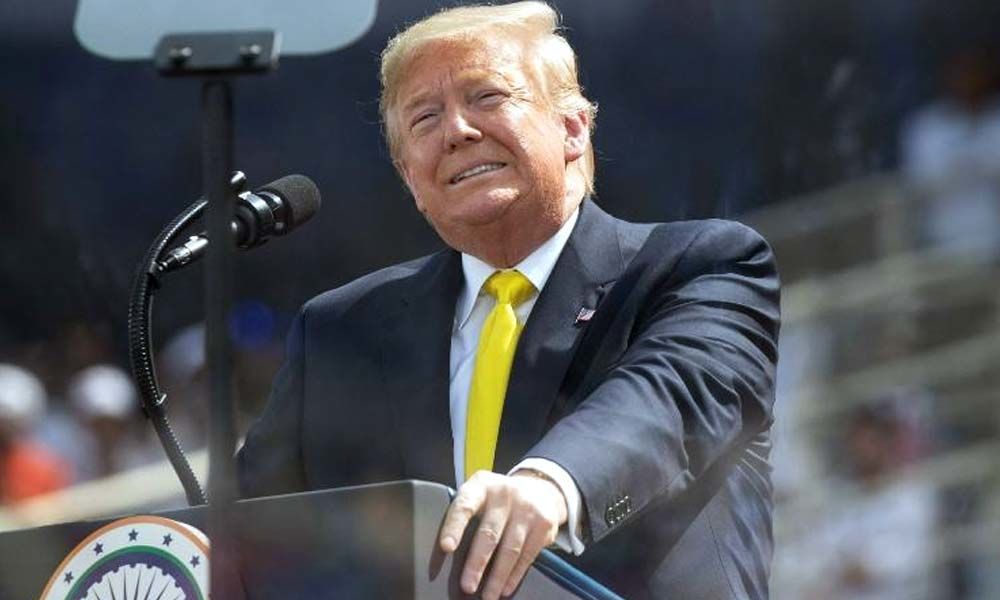 Washington: A trillion-dollar Senate proposal to rescue the reeling US economy crashed to defeat Sunday after receiving zero support from Democrats, and with five Republicans absent from the chamber because of virus-related quarantines.

Democrats said the Republican plan failed to sufficiently protect millions of American workers or shore up the critically under-equipped health care system during the coronavirus crisis.

The bill proposed an estimated $1.7 trillion or more in funding to cushion the blow for American families and thousands of shuttered or suffering businesses.

Despite intense negotiations between Republicans, Democrats and President Donald Trump's administration, the roll call was 47-47, far short of the 60 votes needed to advance.

Five Republican senators are in self-quarantine and did not vote, including Senator Rand Paul, who announced Sunday he had tested positive for the COVID-19 illness.

Even as infighting derailed the plan, lawmakers carried on with closed-door negotiations deep into Sunday hoping to get the package back on track.

Top Senate Democrat Chuck Schumer and Treasury Secretary Steven Mnuchin "are working late into the night, and they just had another productive meeting," a Schumer spokesman said.

The shock Senate result heaps major pressure on Congress to overcome divisions and swiftly greenlight a federal government intervention -- likely the largest of its kind in US history.

The impasse likely will have a profound effect on already-traumatized stock markets when they open Monday.

The futures on the main US stock exchange indicators were dropping around four per cent or more, indicating that Wall Street could open sharply lower.

Senate Majority Leader Mitch McConnell blasted the Democratic opposition and warned of economic devastation ahead if Congress does not act promptly.

"The notion that we have time to play games here with the American economy and the American people is utterly absurd," he fumed.

"We need to signal to the public that we're ready to get this thing done." He said he wanted lawmakers to recognize "the need to act before the markets go down further and the American people become even more depressed about our lack of ability to come together under the most extraordinary circumstances." Schumer insisted the bill falls well short of sufficiently protecting US employees, millions of whom are at risk of losing their jobs as the economy grinds to a halt, while offering a "large corporate bailout with no protections for workers and virtually no oversight".

He accused Republicans of trying to "skimp on funding" to address shortfalls for hospitals, equipment, medical personnel and other health care infrastructure.

Mnuchin, Trump's key representative in the negotiation, had expressed hope an agreement could be reached Sunday.

Speaking on Fox News earlier Sunday, he detailed a separate massive relief plan by US financial authorities that "will have up to USD 4 trillion of liquidity that we can use to support the economy".

Together, the urgent measures represented one of the most dramatic governmental rescue efforts outside wartime, with millions of people thrown out of work, thousands of businesses shuttered, travel severely curtailed and no certainty as to when things might improve.

The measures also came as the death toll and contagion confirmations continued to rise -- especially in hotspots like New York -- and several states including California, New York and Illinois effectively went into lockdown in a bid to halt the virus's spread.

"The worst is yet to come," New York Mayor Bill de Blasio said on CNN, predicting hospitals in the city would face serious shortages of protective equipment within days unless drastic action is taken.

"We expect April will be a lot worse than March, and I fear May could be worse than April," he said.

Mnuchin said the congressional rescue would give small businesses enough cash to pay laid-off workers for two weeks, provide direct cash payments to Americans -- about USD 3,000 for a family of four, he said -- and enhance unemployment insurance for those laid off.

Schumer has said he wants the government to pay full wages for four months to workers laid off due to the crisis.

Trump sounded a note of optimism, even as the Senate bill stalled.

The president also said the administration was "considering" the prospect of US lawmakers being allowed to vote remotely, a dramatic departure from current House and Senate rules that mandate all votes be conducted in person.