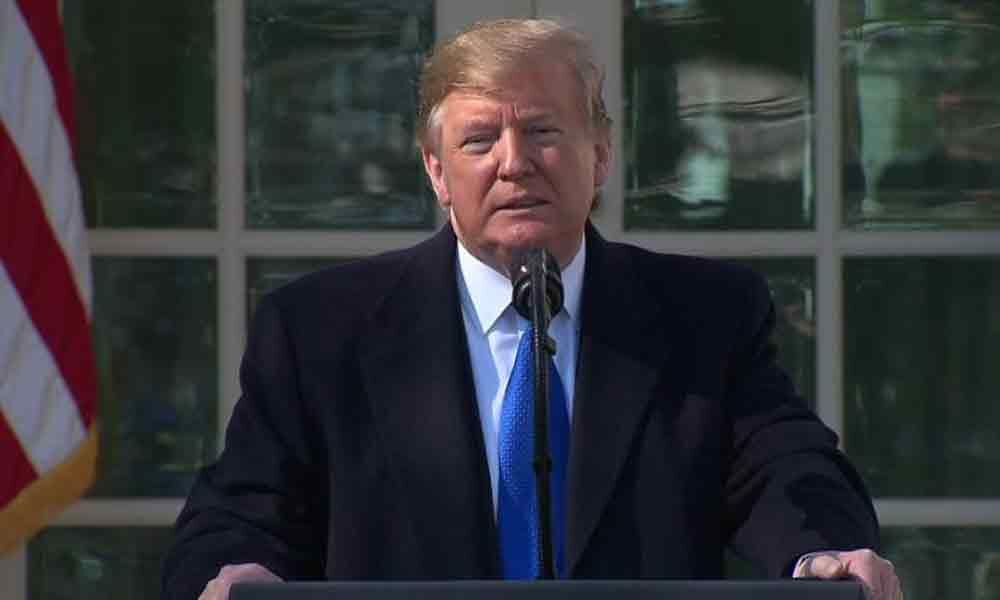 The statement came moments after Canada released the agreement between Ottawa and Washington in which they agree to eliminate US tariffs.

Washington: US President Donald Trump on Friday announced a deal to lift US tariffs on steel and aluminium imports from Canada and Mexico that had created friction between the neighbours and blocked a new North American free trade agreement.

"I'm pleased to announce that we've just reached an agreement with Canada and Mexico and will be selling our product into those countries, without the imposition of tariffs," Trump said at an event in the US capital.

His statement came moments after Canada released the text of the agreement between Ottawa and Washington in which they agree to eliminate US tariffs on steel and aluminium, and Canada's retaliatory measures, within no more than two days.

Mexico subsequently confirmed it had reached a similar agreement with the United States.

Canada and Mexico initially were exempted from the tariffs Trump enforced using a national security argument, as part of his hardline trade tactics.

Once America's neighbours were included, the levies drew retaliation with tariffs on a host of US products.

Even after the governments agreed to a revised free trade deal -- the US-Mexico-Canada Agreement, or USMCA -- the tariffs remained in place, but officials in Ottawa and Mexico City said they would not sign unless Washington removed the metals duties.

Speaking to reporters in Ottawa, Canada's Prime Minister Justin Trudeau said there had was a shared recognition that "these tariffs were harming workers and consumers on both sides of the border" and "didn't make a lot of sense" in the context of a new free trade deal.

"Obviously these continued tariffs on steel and aluminium and our countermeasures represented significant barriers to moving forward with the new NAFTA agreement," he said, referring to the 24-year-old North American Free Trade Agreement.

"Now that we've had a full lift on these tariffs we are going to work with the United States on timing for ratification but we're very optimistic we are going to be able to move forward well in the coming weeks," Trudeau said.

Mexican chief trade negotiator Jesus Seade likewise tweeted that the lifting of tariffs "clears the way towards ratification of USMCA."

Some key members of the US Congress had said they would not agree to vote for the three-country free trade pact unless the Trump's metals tariffs ended.

According to the agreement with Canada, the two governments will withdraw all complaints lodged in the World Trade Organization.

The two countries also agreed to monitor imports of steel and aluminium to ensure metals that are sold at "dumped prices" -- below the cost of production -- are not purchased in or shipped through Canada.

In addition, they agreed to a provision to reimpose steep duties if imports of the metals "surge meaningfully beyond historic volumes of trade over a period of time."

US tariffs on steel and aluminium from Europe remain in place, as does the EU retaliation. Some countries, including South Korea, accepted export quotas to avoid the tariffs.