Trump Retweets Video Of Speaker Nancy Pelosi, Claims She Has "Lost It" 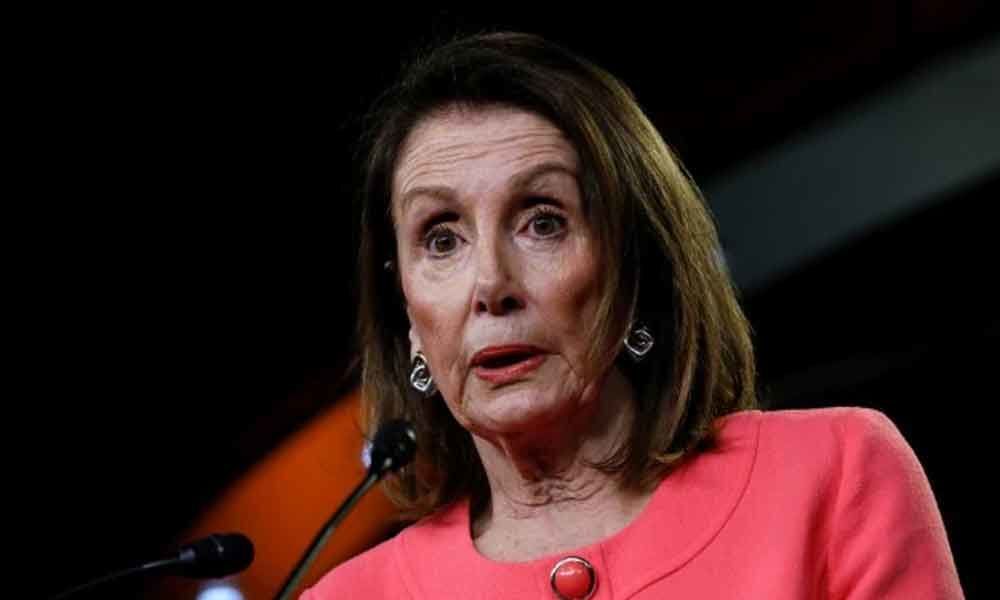 Trump ramped up his attacks on Speaker Nancy Pelosi, some heavily edited videos have circulated on the internet that alter the cadence of her words.

In a Twitter posting late on Thursday, the Republican president wrote, "Pelosi stammers through news conference." Accompanying the tweet was a heavily edited Fox Business Network clip of Pelosi's 23-minute news conference earlier in the day.

At the bottom of the Fox Business screen is the headline, "Pelosi Urges Trump 'Intervention"; Stammers Through News Conference." The one-minute-and-47-second segment included critical commentary about Ms Pelosi.

During her news conference on Thursday, Ms Pelosi suggested that Mr Trump aides or family members hold an "intervention" with him to address his anger over House investigations of the president and his business dealings.

In recent days, as Mr Trump ramped up his attacks on Ms Pelosi, some heavily edited videos have circulated on the internet that alter the cadence of her words by slowing them down, making her speech seem slurred when in fact it is not.

"The Fox Business segment featuring clips from Speaker Pelosi's speech today did not slow down any aspect of her address," a network spokesperson said in a statement.

A Reuters review of Speaker Pelosi's news conference on Thursday shows her covering a wide range of topics and speaking in a mostly animated way, jousting with reporters at times and at other times reading from a statement.

Like many politicians, she occasionally stumbled over a word before correcting herself.

Without reading from a statement, Ms Pelosi discussed infrastructure investments throughout US history. She recounted actions taken during President Thomas Jefferson's administration during the early 1800s and moved effortlessly through the presidencies of Theodore Roosevelt 100 years later and Dwight Eisenhower in the middle of the 20th century.

In the actual video of the news conference, she mistakenly held up two fingers when talking about those three elements, but then corrected herself by holding up three fingers.

At the White House on Friday, before departing on a trip to Japan, Mr Trump was asked by a reporter about altered videos of Ms Pelosi.

He responded that he did not know anything about the videos, and echoed an assertion he made on Thursday that the speaker, who is 79, has "lost it."

He blamed Speaker Pelosi for starting the fight. "She said terrible things. So I just responded in kind."

The White House did not respond to further requests for comment.

A spokesman for Ms Pelosi, asked about Mr Trump retweeting the Fox Business video, said Republican attacks on the California congresswoman actually helped Democrats win control of the House in last November's elections when a record number of women and minorities were elected to Congress.

Senator Amy Klobuchar, who is seeking the Democratic nomination for president in next year's elections, said in an interview on CNN, "It is unbelievable to me that the president would be involved in this kind of disinformation campaign."

She said such incidents highlight the need for legislation to bring transparency to online political ads, as well as new privacy protections.