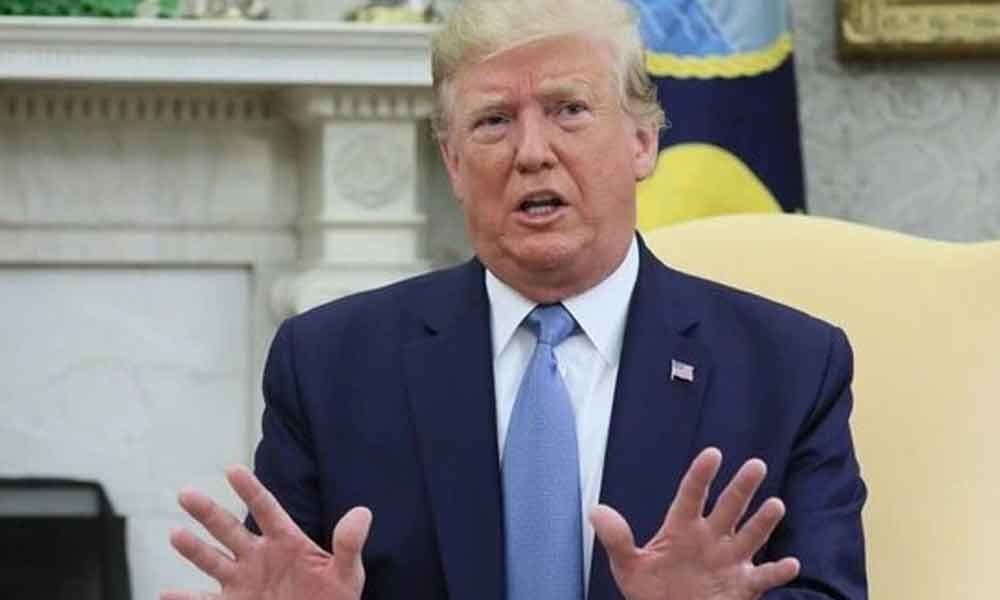 US President dials Pak PM after speaking to Modi

Washington: President Donald Trump has dialled Pakistan Prime Minister Imran Khan after speaking to Indian Prime Minister Narendra Modi, asking Khan to tone down the rhetoric against India and avoid escalation of the situation in Jammu and Kashmir.

"President Donald J Trump spoke by telephone with Prime Minister Imran Khan today to discuss the need to reduce tensions and moderate rhetoric with India over the situation in Jammu and Kashmir.

The President reaffirmed the need to avoid escalation of the situation, and urged restraint on both sides," a readout from the White House said on Monday.

The plainspeak by Trump with Khan is significant after Modi in his 30-minute telephonic conversation told Trump that "extreme rhetoric" of certain South Asian leaders, inciting violence against India is not helping the cause of regional peace.

"Spoke to my two good friends, Prime Minister Modi of India, and Prime Minister Khan of Pakistan, regarding Trade, Strategic Partnerships and, most importantly, for India and Pakistan to work towards reducing tensions in Kashmir. A tough situation, but good conversations!" Trump tweeted.

This is the second time in less than a week that Trump has spoken to Khan. Pakistan's last-ditch attempt to draw the US to its side ahead of a UN Security Council meeting failed on Friday when after speaking to Khan, Trump said India and Pakistan should sort out the matter bilaterally.

Modi and Trump are widely expected to meet on the sidelines of the Group of Seven meeting later this month at the coastal town of Biarritz in France at the invitation of French president Emmanuel Macron.

Ties between India and Pakistan have been tense since India amended its Constitution to end the special status enjoyed by Jammu and Kashmir. Pakistan condemned the move and called on the UNSC for an open consultation on Kashmir.

While Pakistan's request was rejected, the UNSC agreed to China's demand for a closed-door consultation on the matter.

A closed-door meeting was held, but the majority of the members of the Security Council were of the view that India and Pakistan should sort out the Kashmir issue bilaterally.

The members also said no statement or outcome would be issued after the consultations, leaving China and Pakistan to make their own statements.