After humiliating defeat, Congress to discuss on poll debacle in CWC meet today 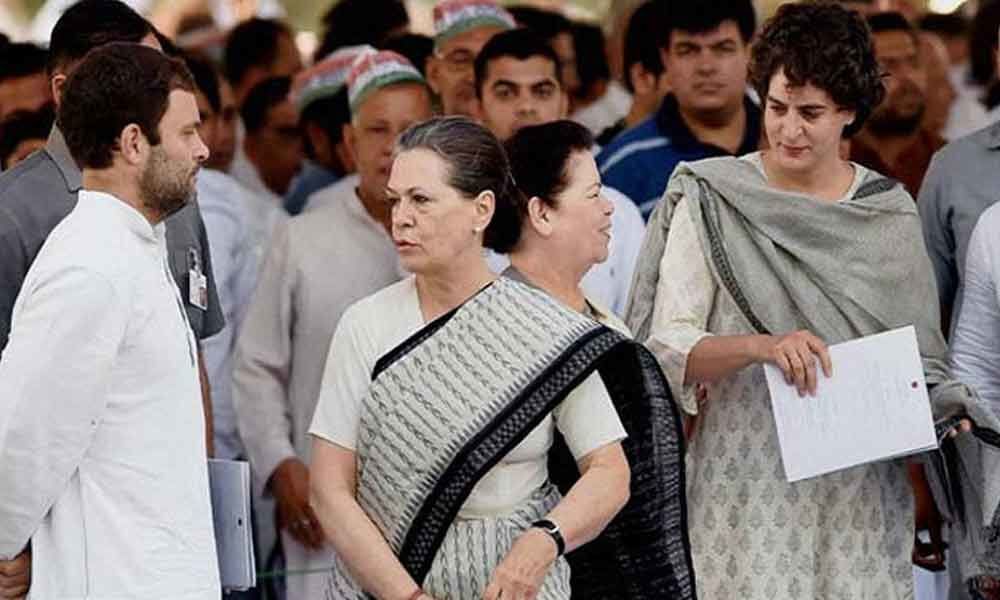 Though there was no official word on the agenda for the meeting, sources said the committee will talk about future strategies.

New Delhi: After facing a humiliating defeat for the second time in the consecutive Lok Sabha elections, the Congress Working Committee (CWC) will meet on Saturday to discuss the reason for party's debacle, sources said.

Though there was no official word on the agenda for the meeting, sources said the committee will talk about future strategies.

The CWC is also expected to take stock of the party's loss in Uttar Pradesh.

Congress, despite extensive campaigning by its president Rahul Gandhi and Priyanka Gandhi, was decimated to a single seat in Uttar Pradesh - Sonia Gandhi's Raebareli Lok Sabha seat. Rahul Gandhi, who represented the Amethi seat since 2004, lost to BJP's Smriti Irani.

The sources also indicated that the committee is likely to discuss party's complete loss in the states like Madhya Pradesh, Rajasthan and Chhattisgarh where it had won the Assembly elections just five months ago.

Speculations are that the party president Rahul Gandhi is likely to offer his resignation accepting moral responsibility for the debacle. However, Gandhi's offer may not be accepted and the party may reaffirm its faith to work under his leadership, said sources.

Gandhi apparently wants to send a signal that he was also accountable for the party's performance which was not any better than the 2014 results.

In the last elections, the Congress had won 44 seats, the lowest-score in its history, and improved its tally marginally by 8 to reach 52 seats in the latest elections.

Meanwhile, presidents of the party units in states like Karnataka, Uttar Pradesh and Odisha have offered to resign from their post accepting responsibility for the poor showing of the party in the just-concluded elections.