Amid saffron surge, Mamata Banerjee's challenge to keep flock together ahead of Assembly polls 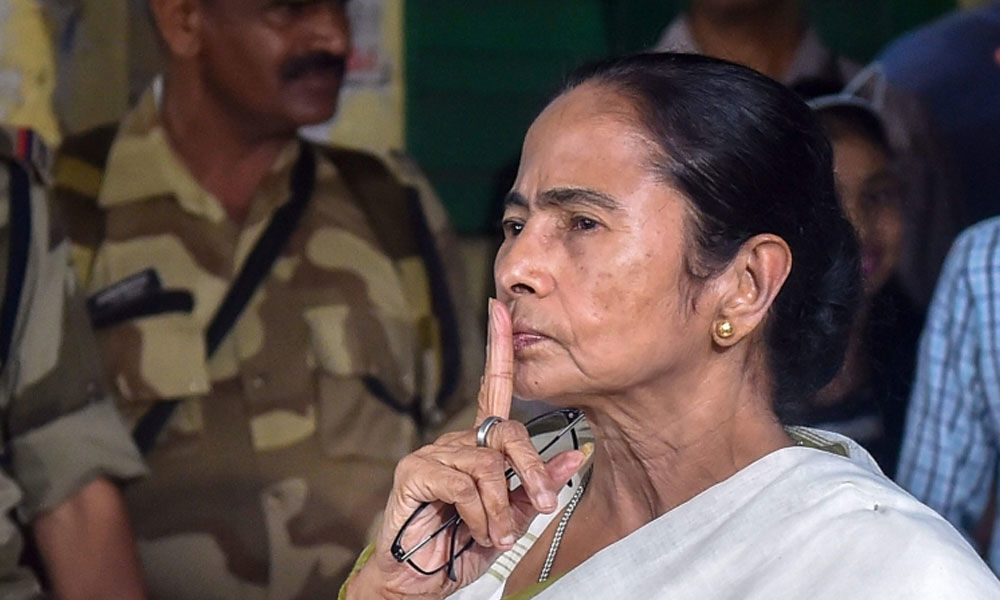 KOLKATA: A Modi wave and simmering anger over TMC's alleged appeasement of the minorities that polarised voters after bloodied panchayat elections last year may have cost the ruling party in West Bengal dearly as its tally came down from 34 to 22 in the Lok Sabha polls.

Stunned by the sudden saffron surge, daggers seems to have been drawn in the Trinamool Congress (TMC) camp with local leaders blaming those holding top party posts for their "lack of foresightedness" and "arrogant approach" as primary reasons behind the poor poll show.

Although the TMC has managed to increase its vote share from 39 per cent in 2014 to 43 per cent this time, it failed to hold on to its strongholds in tribal-dominated Jangalmahal region of south Bengal and tea garden belt in the north, where the party faced a complete rout.

The BJP won 18 of total 42 Lok Sabha seats in the state and increased its vote share from 17 per cent in 2014 to 40.5 per cent this time. Even in the seats the TMC won, the BJP emerged as the runners-up, relegating the Left to the third spot.

Although the TMC leadership is tight-lipped as a sense of "fear and despair" gripped party's ranks with some even apprehending the stability of its government in the state, its secretary general Partha Chatterjee has described BJP's rise in the state as "temporary".

"We just failed to gauge the undercurrent. We really don't know what lies ahead. It would be really tough to keep the flock together," said a TMC leader, who did not wish to be named.

Of the 22 seats the TMC won, 16 constituencies witnessed a battle of nerves till the last round of counting with leads changing in minutes.

If the data of the national polls are analysed assembly segment-wise, the BJP is ahead in nearly 130 of the 294 assembly constituencies in the state, the majority mark being 148. West Bengal will go for assembly polls in 2021.

According to TMC sources, initial assessment has revealed that there was groundswell against the party in rural areas due to several factors, foremost of which was the violence during panchayat polls due to which many couldn't cast their votes.

The others being corruption at the local level and stiff polarisation amid a fit of anger over "appeasement".

TMC insiders said the party virtually failed to counter BJP's nationalism narrative and Hindutva pitch, which resulted in the polarisation in the state, where Muslims constitute 27 per cent of the population.

Bengal, where the electoral discourse has largely steered clear of communal flairs after Independence, witnessed allegations of appeasement flying from both sides -- TMC and BJP -- resulting in the polarisation.

"While the BJP banked on its plank of NRC to drive out infiltrators and a sustained campaign against alleged attempts by the TMC to stop Durga Puja in Bengal, our part not only failed to counter, but in its bid to project itself as messiah of Muslims earned the wrath of a large section of Hindus," said a senior TMC leader.

The viral video of Chief Minister Mamata Banerjee getting down from her car and chasing few youths who shouted "Jai Shri Ram" also didn't go down well and the BJP milked the incident to further polarise the election, according to analysts.

They said the infighting in party's rank also led to discontent with a section of TMC cadres voting for the BJP in order to "teach their own party leaders a lesson".

BJP's spectacular performance may have raised eyebrows given its dismal organisational strength in the state, but according to Mukul Roy, considered to be the main architect of the lotus (BJP's election symbol) bloom, the victory was much anticipated.

Also the en masse shift of Left votes played a key role in BJP's Bengal show. Compared to the 2014 Lok Sabha polls, the Left vote share of 29 per cent dwindled to about 7 per cent, indicating a complete shift to the saffron side.

According to senior Left leaders, a huge section of Left voters, including party cadres, chose the BJP to defeat Banerjee in the state.

The TMC which had systematically poached elected representatives of the Congress and the Left over the last few years while working towards its mission of "opposition-free" Bengal, actually led to a bipolar political field between TMC and BJP - the only opposition, political observers said.

With assembly elections in two-year's time, municipal polls next year, the biggest challenge before the TMC is to keep its flock together as its top leadership is apprehensive of an exodus to BJP.