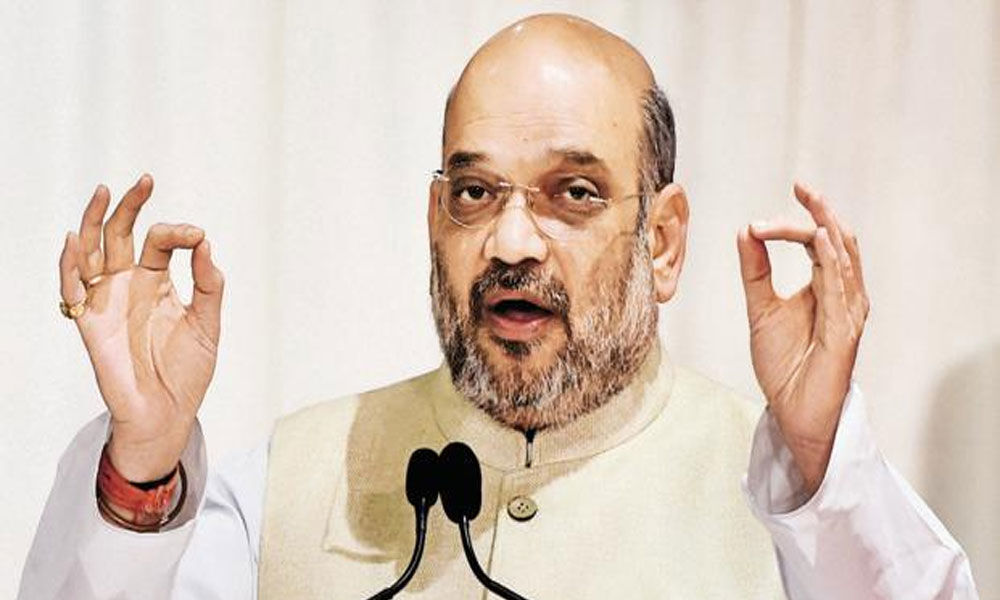 BENGALURU: Outlining the leadership of PM Narendra Modi and the record of corruption-free governance as key election issues, the BJP chief Amit Shah has been working late at the new party headquarters in central Delhi.

"For BJP, elections are a mega festival of democracy. It's an opportunity to take our ideology and the work done by the government to the people. I want to say just one thing to the people of our country, that the elections will be fought on issues and agendas. And people should be careful and alert about those who distract their attention and spread confusion. BJP and the NDA coalition will, under the leadership of Narendra Modi, return with a bigger mandate than it now enjoys. It will be a majority government that will be strong and tackle the problems of the country," Amit Shah said during an interview.

A lot has been done. There are 500 or more e-mandis. The support price is 1.5 times the cost of inputs. Neem-coated urea, soil health cards, assistance in floods and drought. The coverage of drip and micro irrigation has increased four times. Irrigation projects stuck for 35 years and more have been completed. There is an annual honorarium of Rs 6,000 as a gesture of solidarity with the 'annadata'. A lot of work has been done. The agriculture budget under UPA was Rs 1.21 lakh crore. Now, it is Rs 2.11 lakh crore. This shows how much importance we accord to agriculture.

One party has zero seats in Lok Sabha, the other has five. The third party has zero. Earlier, when SP and Congress came together, there was much discussion that this is unbeatable. The results showed that BJP got more seats in UP (in 2017 assembly) than any party since Independence. If alliances directly translate into public support, no alliance would ever lose. BJP now has a strong organisation and the popularity of Modiji has increased several fold over 2014. Law and order has been fixed, development is picking up pace. People of UP are experiencing, after a long time, that there can be sabka saath, sabka vikas. We are 73 in UP, we will be 74 and not 72.

But Congress accuses the government of corruption, as in the Rafale deal. The CAG and the Supreme Court do not agree with you Congress but to go on will only boomerang. They deliberately created a scandal over a crucial defence purchase to distract attention from the corruption that enjoyed state patronage under UPA.

There are reports of discontent in tribal populations in Chhattisgarh and Jharkhand. The contributions of tribals to national life has been acknowledged. The way the government has been run must be compared with the past 10 years under UPA marked by corruption, policy paralysis and compromising national security for political vote banks. We have delivered on about 90% of the promises we made.