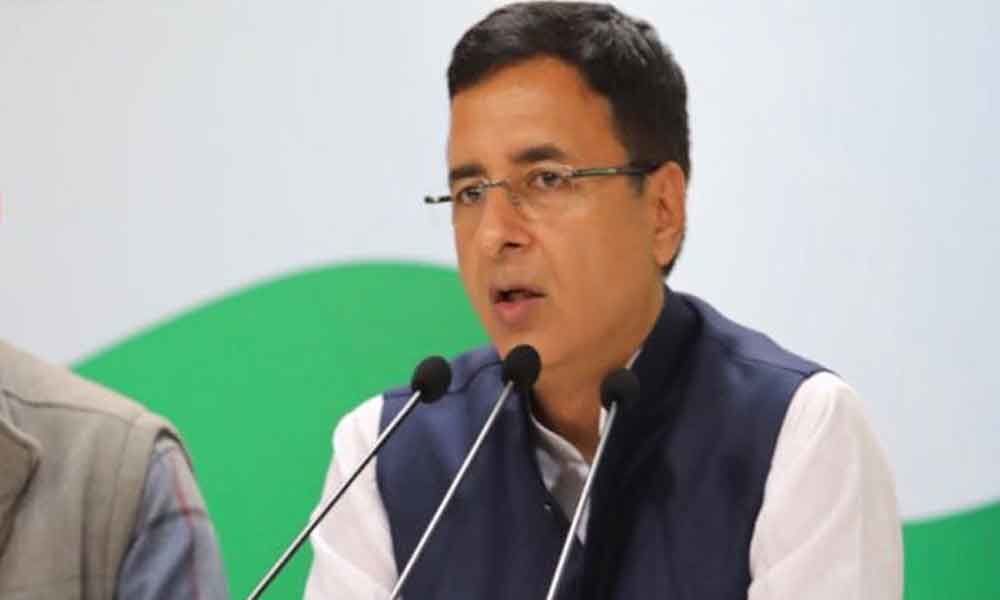 He also urged the Centre and the intelligence agencies to take requisite measures in order to combat the menace in the near the future.

New Delhi: Congress spokesperson Randeep Singh Surjewala on Thursday condoled the death of five security personnel who died in a terrorist attack in Anantnag yesterday. He also urged the Centre and the intelligence agencies to take requisite measures in order to combat the menace in the near the future.

Taking to Twitter, Surjewala said, "Disturbing to learn that 5 brave CRPF Jawans have been martyred & 4 Jawans injured in a terror attack at a busy road in Anantnag. My salutations to the valour of our Jawans. Govt and intelligence agencies must take suitable action so that attacks be curtailed in the future."

Five Central Reserve Police Force (CRPF) personnel were killed and three others were injured when their patrol party was attacked by terrorists in Jammu and Kashmir's Anantnag on Wednesday.

Terrorists carried out a stand-off firing attack at K.P. Road in Anantnag at about 4:50 pm hours on Wednesday.